Phil Mickelson has played every Ryder Cup since 1995, but has never won away from home. 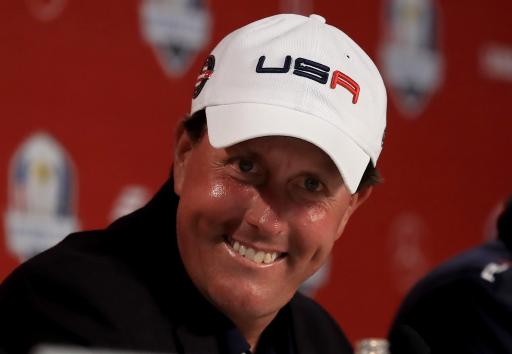 After winning for the first time since the 2013 Open, Phil Mickelson’s chances of making the 2018 Ryder Cup in Paris took a massive boost via a jump to fourth in the points rankings.

The 47-year-old has played in every Ryder Cup since 1995, but is yet to taste glory on foreign soil - and it's not sitting well with him.

“I've made it known that one of my big goals is for me to be a part of a winning team in Europe. It hasn't happened in my career. It would mean a tremendous amount to me to have us succeed over on European soil,” he said.

After the loss in Scotland in 2014, Mickelson infamously criticised captain Tom Watson in the post-match press conference, suggesting a change of tac was needed in how the US approached the event.

A shift in approach from the Americans saw them win the 2016 Ryder Cup at Hazeltin, stopping what would have been a record-breaking fourth defeat on the trot.

Previous
Mickelson ends four-year winless streak at WGC-Mexico Championship: in the bag
Next
Watch: Thomas holes out on 72nd hole in Mexico, gets into play-off