Nick Dougherty hilariously makes fun of his own golf tips

Sky Sports Golf presenter takes the mick out of his golf tips on social media... 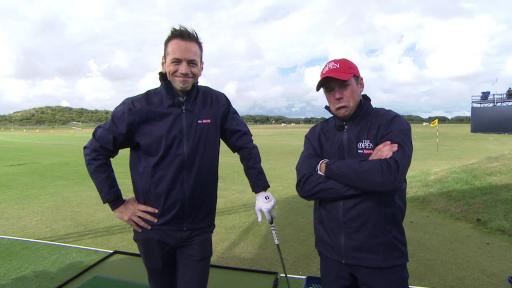 Nick Dougherty might be a retired 38-year-old English golfer with a hat-trick of European Tour titles to his name, but he is now better known as the lead presenter on Sky Sports Golf.

Dougherty, who for us here at GolfMagic is one of the best presenters of live golf anywhere in the world today, also runs his own Tee Time Tips series on Sky Sports.

While his Tee Time Tips are often very insightful and easy to digest for amateur golfers, Dougherty could not help but have some fun when replying to one viewer's question earlier this week.

Check out the hilarious video that Dougherty posted on social media...

Now that golf is open all over the UK and Ireland, Series 10 of #teetimetips starts again this week.. simple tips to hopefully make golf a little less complicated and a lot more fun...and after a time of reflection..pure honesty too follow me on Instagram @NickDougherty5 to pic.twitter.com/c5HlBsddj6

Dougherty made his best career finish in a major with a tie for seventh at the 2007 US Open.

The Liverpool-born player won his first European Tour title at the 2005 Caltex Masters in Singapore with a five-stroke victory over Colin Montgomerie and Maarten Lafeber.

He then clinched the biggest win of his career with a two-stroke victory over Justin Rose at the 2007 Alfred Dunhill Links Championship at St Andrews, before going on to win his third and final title at the 2009 BMW International Open in Germany.