NINE golf clubs in the UK have now shut down in October!

Yet more golf courses close down in the United Kingdom - is your club next? 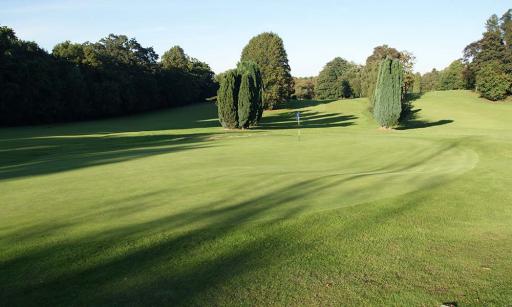 A worrying trend of golf course closures in the UK has reached NINE in the month of October.

News reached us at the start of the month that Moore Place Golf Club in Surrey had closed down unexpectedly due to a developer wanting to build housing on the site.

That was then quickly followed by Letham Grange Golf Club in Scotland going under, along with Carswell Golf Club in Oxfordshire.

Birmingham's Hilltop Golf Course then revealed it was being closed for at least two years, and that is a similar story for Bushey Hall Golf Club in Hertfordshire.

"When I joined, we had around 500 members, but now we have around 160," Bushey Hall's manager Agnes Taylor told The Golf Business.

"It has been very challenging sometimes. What makes this place so special is the friendships and bonding. I will miss the members. I hope to return."

Then this week, news reached us that north London's Stanmore and Edgware Golf Centre is permanently closing down.

"It is with sadness and regret that we announce that Stanmore and Edgware Golf Centre will close with immediate effect and will cease to trade," reads a statement on the club's website.

"There are new owners of the freehold and despite positive negotiations, belief in assurances given that the centre would be allowed continue to operate and terms agreed, we have now been informed that this will not now happen and with the lease being terminated, the centre has had to close."

Other clubs to permanently close its doors this month include Heaton Park Golf Centre in Manchester, coming just 12 months after it had last closed down for a brief time, Temple Newsam Golf Club in Leeds, which will see its 9-hole and 18-hole courses shut down to be replaced by a cycling centre, and Stoke Albany in Northamptonshire, which according to one GolfMagic reader, was closed down due to being "low on members" and the "owner not taking care of the course."