Padraig Harrington has questioned whether Tiger Woods is serious about winning the Open Championship at Royal Portrush. 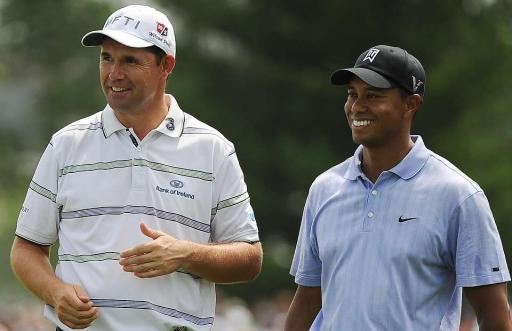 Tiger Woods already has one major to his name this year, winning his 15th major title at Augusta, defying all odds in one of the greatest sporting comebacks in history, to win the Masters. Woods already has three Open Championships to his name, the last dating back to 2006, but Padraig Harrington, a two-time Open Champion, has questioned whether Woods is serious about winning it this year.

After finishing the U.S Open in T21, Tiger Woods decided to take a little break from competitive golf, as his back and neck had been causing him trouble in recent weeks.

Woods was then spotted just days later in Thailand on vacation with his family, proving his statement to be true. He claimed that he would return for the Open Championship at Royal Portrush, but wouldn't play any tournaments before then. The 15-time major champion did state that he would play some golf before the Open, just not competitively.

Padraig Harrington, who won back-to-back Open Championships in 2007 and 2008, has questioned whether Woods is genuinely serious about winning this year's Open at Royal Portrush.

The European Ryder Cup captain is currently playing in the Dubai Duty Free Irish Open at Lahinch Golf Club and prior to the start of the tournament, he spoke to the media.

"I personally think if you're serious about winning The Open you've got to be playing tournament golf at least before it.

"You'd rather be playing links golf and being in a tournament than just [playing] on your own, so if you're serious about trying to win The Open you should be playing at least one, if not two, of the events running into it.”

After winning the Masters, Woods didn't play a single tournament before the PGA Championship, where he then missed the cut. Following the second major of the year, the American only made one start before the U.S Open, where he finsiehd T21 at Pebble Beach.

The 43-year-old has made nine starts this season, including three majors, two WGC events and The Players.

Woods, who has undergone four back operations, has gone from major to major in the past, but he has only won two of his majors in doing so (1999 PGA Championship and 2008 U.S Open).

"I was always mightily impressed when Tiger Woods would play in a major without playing the week before. I'd be a basket case if I didn't play the week before,” Harrington said.

"Different personalities [are] completely different. But I do think links golf is different. You're giving up some shots if you don't play some links golf in the couple of weeks coming up to it. There's no better way to understand your clubbing than when you've got a card in your hand and if you under-club there's a little bit of pain and you remember it."