Paige Spiranac: "You claim you want to grow the game of golf but you won't take the necessary steps to do so and we have a lot of work still to do where everyone feels welcome on the golf course." 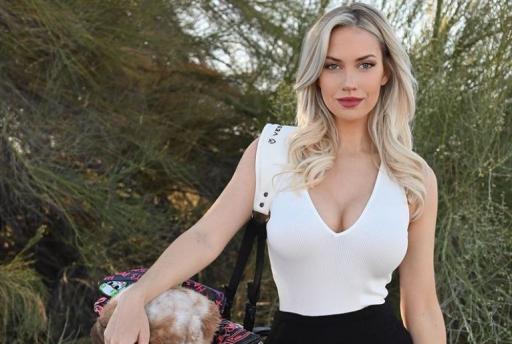 Paige Spiranac has grilled a local golf club who told her she could only use the practice facility if she put on a collared shirt, even though she would have a jacket zipped up covering it.

The Instagram star, who now has over 3 million followers as well as a successful podcast called 'Playing A Round', ranted in an Instagram story about the golf club after she requested to film at their practice facility.

"I have a hard time shooting content anywhere," said Spiranac on Instagram. "It's difficult and that's a whole other story in itself but there's a place that's pretty close that has a private practice facility and I wanted to shoot there so I go in and I ask can I shoot and I wasn't even asking to shoot for free."

Spiranac then said she was going to be paying to use the facility like any other customer, but she couldn't understand why the golf club felt it was necessary to tell her to wear a collared shirt, even though she would have a jacket over the top.

"I was going to pay the insane amount of money to go practice at this place and I just wanted permission to film and they're like 'yeah but you have to wear a collar' and I wasn't wearing this," she added before showing off her low-cut sportswear. "I was going to wear normal golf clothes and I was like 'okay but it's cold can I just wear a jacket?' and he says 'no you have to wear a collar under your jacket'.

"So here's what I just don't get, you won't even be able to see the collar underneath my jacket because I'm going to have it zipped up yet I have to wear a collar. It's not even a country club it's just some golf course.

"I don't understand golf's obsession with collars, it's this much fabric," said Spiranac before using her index finger and thumb to demonstrate the typical width of a collar on a golf polo.

"It doesn't matter! So needless to say I didn't go there and shoot content."

Spiranac then went on to reveal that it's not uncommon for her to be made to feel unwanted on the golf course by members and staff, with some having the attitude that she holds up play, something that Spiranac strongly disagrees with.

"And another thing. I'm going there to make a whole video, promoting them and I'm paying, it's not like I'm doing it for free and these courses act like it's such a burden for me to be there and they always look at me like 'why are you filming you're holding up play', I'm not holding up play, do you know who is holding up play, the four guys who are 30 handicap playing from the tips!

"It's just something that really frustrates me and ever since I started playing at 13 I've never really felt welcome or accepted at golf courses and it doesn't matter how many followers you have or how much money you have because I'm a paying customer at all these golf courses and most of the time I don't feel welcomed or accepted and it's always like what is she doing here or why is she here.

"You claim you want to grow the game of golf but you won't take the necessary steps to do so and we have a lot of work still to do where everyone feels welcome on the golf course."