Paige Spiranac's last hurrah? "This is THE LAST TIME you'll see my cleavage"

Golf's social media superstar Paige Spiranac has reacted to reports Twitter could be shut down in the coming day's after Elon Musk purchased the company. 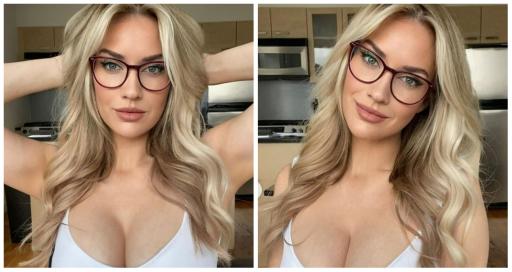 One of golf's biggest social media superstars Paige Spiranac joked "this will be the last time" you'll see her cleavage after reports emerged Twitter was on its last legs after Elon Musk's sensational multibillion dollar take-over of the company.

Over recent days reports have slowly started to filter into the mainstream media that all is not well at Twitter HQ.

A large number of staff have reportedly resigned after Musk confirmed remote working for company employees was over.

Musk had reportedly told staff they needed to sign up to work at "high intensity for long hours or leave".

If Twitter was to go down then it would of course hit the revenue streams of social media influencers like Paige.

We'll have to wait and see what happens. But in the mean time Paige dropped another hilarious joke.

Paige then directed her followers 718,000 following on Twitter where to find her if the site does go down in flames.

Here’s my cleavage for the last time on twitter if it shuts down. Make sure to sign up here so you don’t miss anything I’m doing-https://t.co/B9dq6b577h pic.twitter.com/0Qcf6LqIRM

Paige, 29, is viewed as the OG of Instagram golf. She now has more followers on that platform than Tiger Woods.

Paige - who was a former division on golfer at the University of Arizona - was named Maxim's Sexiest Woman this year.

One of her biggest sponsors is now Pointsbet USA.

Paige set hearts racing with this post before the World Cup, which will be played in Qatar over the next month,

Despite having a huge following Paige is not to everyone's tastes.

Paige has opened up on how she handles online abuse. In April, she hit back at her critics.

When she was accused by one social media of just flaunting her assets, Paige hit back by saying:

"I was ranked in the top 20 in the world as a junior golfer, full ride to play collegiate golf, won as a professional. I would smoke you on the course with a smile on my face and in one of my cute outfits."

In October, Paige also opened up on what she viewed as a "failed golf career".