Players react to Shinnecock: 'lots and lots of bogeys', 'happy it's over', 'every mistake amplified'

The US Open layout took some casualties yesterday. A lot of casualties, actually. 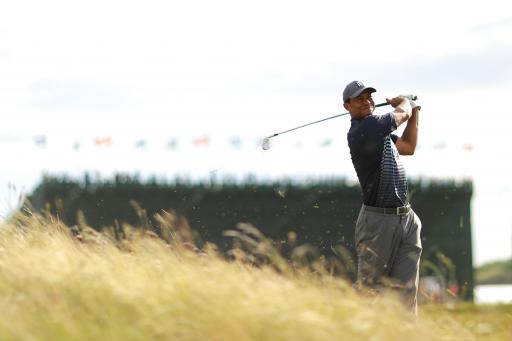 The opening round of the 2018 US Open was brutal, with Shinnecock cutting down some of the best golfers on the planet with ease.

Most seemed pretty relieved as they made their way off the Long Island course, and not all had the patience to face the media.

From those that did, we’ve got a selection of the best sound bites.

Where they put some of these pins, just can't get to them. So it was pretty evident nobody was making any birdies in the morning. Lots and lots of bogeys and others. And so my game plan was not to make any others, and I made three of them. So I didn't do very well there.

Anything under par on this golf course is very good, especially in the conditions we have today. I felt like, you know, from start to finish, it was very difficult.

There was -- you know, you had to focus on every single shot you hit, putts, everything. You know, it was just difficult all day.

I knew before we even started the round today that, you know, today was going to be very tough and, you know, really had to be patient and, you know, stay focused all day, which I felt like I did a really good job today.

I think obviously, if you drive the ball poorly, you're in trouble for a start. There are plenty thick enough where you're not being able to get to the green and around the green.

If you play really good golf, you're still a bit on the defensive side.

I'm happy it's over.

Yeah. When it's hard, it good for me. Major golf is good for me. Whenever we play courses where the pars are coming hard, then I think that plays to my favor a lot of times. I hit a lot of fairways, a lot of greens, and I think I was way, way up there in greens in regulation today. So that's certainly going to pay off, even though you still got extremely difficult two-putts.

I think with this setup and this golf course, you shoot 70 every day, you're going to be in the mix.

I think the biggest thing, obviously, is be in the fairway. If you're not in the fairway, you're pretty much looking at a bogey. I'd like to see the greens a little bit fresher, maybe a little bit cleaner. Hopefully that will be my case tomorrow...

Even though it's really windy out there, someone gets going, someone's putter gets hot, they're going to go out and shoot a number.

In all honesty the greens — and the USGA is trying to be careful — are inconsistent with the speed. Seven is much slower, notably slower than the other greens, as an example.

So it is difficult without a doubt. Putting is tough too with the wind and the greens being so slow and not particularly smooth. Some greens are a little faster than others. Just a little inconsistent on the greens.

The holes I got out of position, I was able to make bogeys. That's really all you can ask for.

Well, it takes every mistake you make, and it just makes it all worse.

I think a lot of credit goes to the USGA and Mike Davis for what they've done today. I was here in '04, my last competitive round here. I've still got some scar tissue from that. But they did a heck of a job today.

When you get on the green, you're trying to putt with the ball wiggling, and there's a lot of stuff that is difficult. So there's a lot. It's not just, 'oh, yeah, it's tough out there.' There's every aspect.

I can’t remember much of Shinnecock Hills. I’ve clearly blanked it out my memory. Looking at some of the scores I know why now!

Wow that was a tough morning!! Couple of bad shots but overall happy with how I played.
Was so tough out there without the need for a few stupid pins!! 3, 11 & 12 are good examples
Afternoon groups will enjoy those #USOpen

2018 us open
players
comments
Previous
WATCH: Tiger Woods four-putts from 35 feet at US Open
Next
US Open field shoots more than 1000 over par on day one