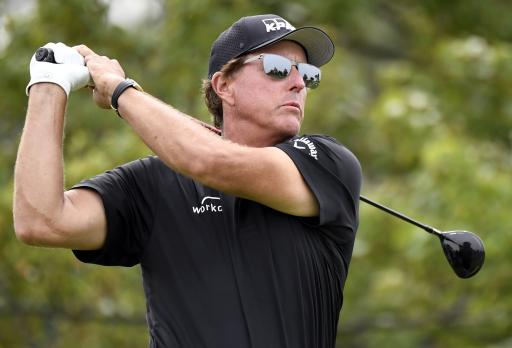 Rory McIlroy and Brooks Koepka may have already withdrawn their names from such proposals, but that has not prevented Golf Saudi from backing their radical F1-style Premier Golf League that aims to go up against the PGA Tour.

Following an interview with The Scotsman this week, Golf Saudi CEO Majed Al Sorour claims plans are still in place for a new 48-man league spanning 18 worldwide tournaments closely following that of Formula 1 motor racing with both team and individiual formats.

"It is still in negotiation," Al Sorour told The Scotsman.

Despite strong opposition to the plans from some of the world's best players, as well as the PGA Tour and European Tour, the Premier Golf League's group of Saudi Arabian backers still believe a deal is on the cards as they look to shake up the professional game.

"You will have resistance from different places," he adds.

"But I think it is a really great idea. It doesn't have to be bad or good. It is something creative that we think is going to be the new world of golf eventually.

"We are still thinking it is the right way to go."

Al Sorour has also confirmed that the Saudi International - won earlier this year by Graeme McDowell and in 2019 by Dustin Johnson - will take place for a third time on the European Tour schedule in 2021.

"We have already been speaking to the players who have played here in the past - Dustin Johnson, Brooks Koepka, Patrick Reed and Phil Mickelson," said Al Sorour.

"I have been speaking with them almost on a weekly basis and we have been doing everything we can do to make people feel comfortable.

"One of the phone calls we had recently was with Bryson DeChambeau. He think he's gong to be No.1 in the world, which I really hope happens, and he is also hoping to come. We will have a great field.

"The kingdom is opening on 1 January for everyone to come back. At the same time, we have been very careful and conscious of this pandemic. We need to create these 'bubbles' where we can make players feel confident and safe.

"Once they are in the city, it will be easy for people to feel isolated as we will have no spectators for this event. We then hope everything goes back to normal with fans in years to come."