Bale questions why some people still have an issue with him playing golf two days before a game... 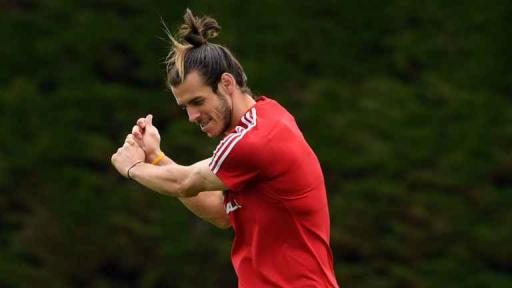 Real Madrid and Wales footballer Gareth Bale has fired back at his golf critics while appearing on The Erik Anders Lang Show.

Bale, 30, is an avid golfer with a reported handicap of five, and he even has three par-3 holes in his garden that are replicas of the 12th at Augusta, Royal Troon's Postage Stamp and the Island Green 17th at TPC Sawgrass.

He came came under fire by some in the football world last year when holding a flag with the words: 'Wales. Golf. Madrid. In That Order', and many of his critics believe he would rather be on the golf course than on a football pitch.

"A lot of people have problems with me playing golf," said Bale.

"I don't know what their reason is because I've spoken to doctors and everybody's fine with it.

"The media has this perception that it's not good for me.

"Steph Curry plays maybe on the morning of a game. If I play two days before a game, it's like 'what's he doing?'"

With the football season at a halt due to the ongoing fight against the coronavirus, Bale has even more time than usual to practice his golf game.

Bale, 30, first uploaded a challenge from inside his home that anyone can try and match, where he chipped a golf ball into a toilet roll.

La Liga is expected to resume football again from June 11.