Americans clearly have a complicated relationship with Patrick Reed - but he doesn't believe he's an unpopular Masters champion. 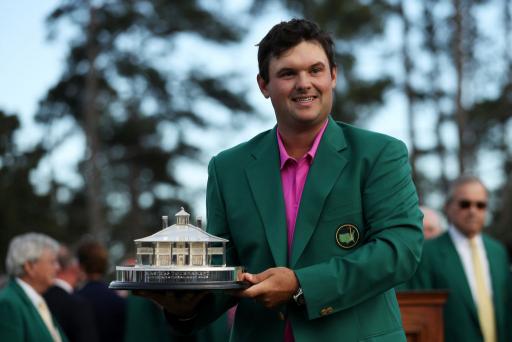 He is American, attended and led the local college team to national titles, and is a US Ryder Cup hero, but as Patrick Reed pegged it up alongside Rory McIlroy in the final round of the Masters at Augusta National, it was the Northern Irishman who drew the louder cheers.

However, the eventual 2018 Masters champion wasn’t perturbed by the reception. Rather, he says the theatre on the first tee “fuelled the fire” that took him to a one-stroke lead over Rickie Fowler, and a first major championship.

Reed said: “I walked up to the first tee and had a really welcoming cheer from the fans but then when Rory walked up to the tee, his cheer was a little louder. But that’s another thing that just kind of played into my hand. Not only did it fuel my fire a little bit, but also, it just takes the pressure off of me and adds it back to him.

“Honestly, I felt like a lot of that pressure was kind of lifted and kind of taken off of me. The fans, yes, were cheering for me, but some of them were cheering more for Rory. At the same time, you had a lot of the guys picking him to win over me, and it’s just kind of one of those things that the more kind of chatter you have in your ear and about expectations and everything, the harder it is to play golf.

"I just kind of went out there and just tried to play golf the best I could and tried to stay in the moment and not worry about everything else.”

It wasn't just McIlroy the attendees were straining vocal chords for. As the scoreboard showed Jordan Spieth drawing level with Reed on -14 while on the back nine, the galleries erupted. They did the same as Folwer holed out on 18 for birdie to stand on -14, one shot behind Reed's winning score.

Patrick “Captain America” Reed is certainly brash and cocky, which may put some off. His infamous interview in which he said he was a “top-five player” after a winning a WGC event, having not even played a major, cemented his reputation as “confident”.

But that's not all.

There are other anecdotes that often do the rounds in clubhouses that will count against him when golf fans choose who they should be rooting for.

Accusations of cheating at college and stealing from a locker room will not raise his stock, neither will an interaction with Tiger Woods in which the youngster is said to have trash talked the 14-time major champion. A young Reed was also caught on a microphone making a homophobic slur after he three-putted in an event, which he later apologised for.

While this may have turned some/many against Reed, he does not subscribe to the view that he was an unpopular winner of the Masters.

“I don’t think it’s really as much a popularity thing with the fans as it is that Rory has been in this position before to win here,” added Reed. “He’s played some really solid golf here.

“A lot of people are wanting him to win to get that career Grand Slam. Yeah, it’s just nature, and honestly to me, it was just go out there and play golf. When I was overseas, they will cheer for good golf no matter what. It’s the same thing here. If you hit quality golf shots, they are going to cheer.

“For Rory being in position and trying to win here in the past, and you know, having some success here, it didn’t surprise me that the fans were cheering for him in the beginning.”

Reed has a tangled back story, which may go some way to explaining his complex character. As cameras showed Spieth and Fowler's parents nervously watching their kin tackle the final holes, they could only show Reed's wife waiting in the wings.

He has not had contact with his parents since 2012 and they did not attend his wedding. The Augusta residents and his sister watched on television as their family member won a Green Jacket yesterday.

He certainly "walks to the beat of his own drum" as the TV commentators said as he came down the stretch yesterday. Whether golf fans will accompany him in future is largely down to Reed - but you get the sense he won't go out of his way to change the current course.