Brandel Chamblee also says "there are demons" in the swing of Rory McIlroy, and Tiger Woods "will not win more majors" 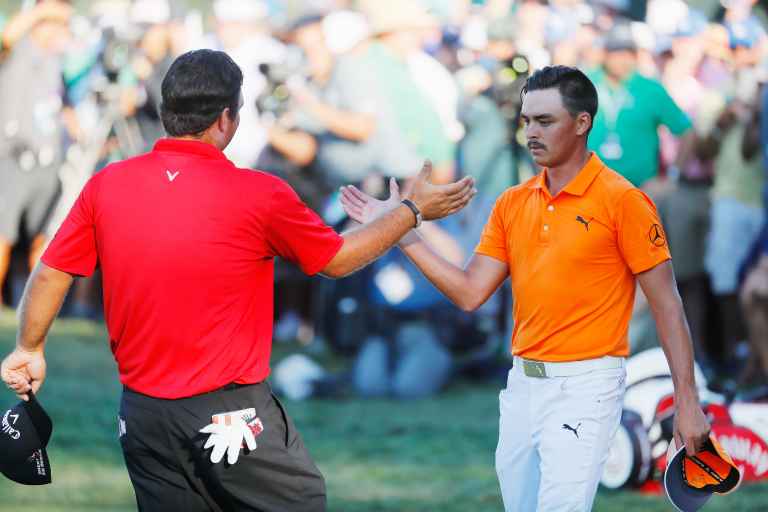 Rickie Fowler needs to take a leaf out of Patrick Reed's book and become "a little bit more arrogant" if he is to take his game to the next level, according to Golf Channel analyst Brandel Chamblee.

Chamblee, speaking on the Golf Channel Podcast this week, was questioned by host Will Gray for his thoughts on a variety of subjects, including his view on what Fowler needs to do to turn last week's runner-up finish at the Masters into a maiden major triumph.

And in typical Chamblee style, he wasn't short of an answer or two.

They're not going to be placated. Rickie Fowler's the nicest guy in the world. But you've got to get, and there's no other way, I mean you've just got to get a little meaner, and a little bit more arrogant. We view arrogance with such disdain in our society. It's like, why? Why? If you don't believe in yourself, who the hell will? And arrogance in sport is a good thing. It serves you well. It may not make you the best dinner companion, it may not make you the greatest corporate push man. But it serves you well. And I hope that this finish at the Masters will make him, at least internally, more arrogant.

The one-time PGA Tour winner also went all in on Rory McIlroy's lacklustre final-round 74 at the Masters, where the Ulsterman missed out on becoming the sixth golfer to complete golf's career Grand Slam.

The one thing that Rory is being held back by at Augusta National is the inadvertent, out-of-nowhere miss to the left and the inability to, with ease, hit high fades. His golf swing is gorgeous, there's no question about it. But it's not debt-free. There's some debt in there. There's some demons in his golf swing.

And of course, there was time to talk about his favourite player Tiger Woods, whom he believes WILL win a tournament again, but likely NOT a major if his struggles continue with the driver.

I think Tiger can win golf tournaments driving it in a middling sort of way, but I don't think he's going to win major championships, because the penalty for a mistake is too stiff there, and it seems like the best players peak. Look how well Brooks Koepka drove the ball at the US Open. Look at Dustin Johnson the year before. Jon Rahm's going to win a major; he drives the eyes out of it. You've just got too many good drivers of the golf ball that are going to step up at majors and hit it 330, dead straight and down the left-centre when the pin's on the right and down the right-center when the pin's on the left. Tiger will win the way he's playing. He'll figure it out and win, but to win majors he's got to figure out a way to drive the ball better.

Listen to the full podcast below...