Rickie Fowler pulls out of Mayakoba Golf Classic due to infection

Rickie Fowler has withdrawn from the Mayakoba Golf Classic due to a intestinal bacterial infection. 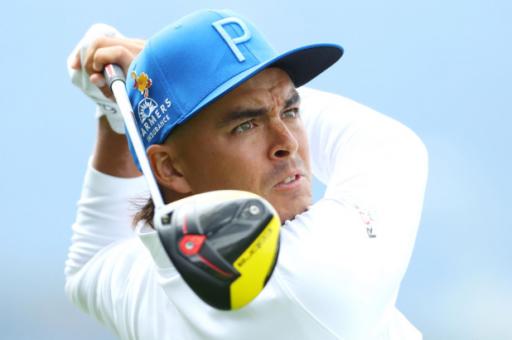 Rickie Fowler was set to return to action this week at the Mayakoba Golf Classic, having been out of action since the Tour Championship in September, but he has now pulled out of the tournament due to contacting an intestinal bacterial infection.

According to Fowler, he came into contact with the infection while on his honeymoon after marrying his girlfriend, Allison Stokke.

“I am taking medicine prescribed by my physician,” Fowler said in a statement. “But am not at full strength yet. As a result, I am ill-prepared to compete next week.”

Fowler said that he started feeling the affects of the infection towards the end of his vacation and the 30-year-old told Golfweek that he came down with Campylobacter jejuni, which caused cramping, pain and a fever.

"You will never get better if you cheat!": Do you have cheats at your golf club?
Golf club bought for £10 million, now being sold for £2 million!

News recently broke that Fowler had not been selected by Tiger Woods as one of his captains picks for the Presidents Cup in December, which came to a surprise to many, given Fowler's experience in team events for the USA, having played in four Ryder Cups and two Presidents Cups.

Woods admitted that not selecting Fowler was the most difficult decision he had to make when picking his four captains picks, which included himself as the 15-time major champion will now compete as a playing captain.

Fowler had six top-10 finishes in the 2018/19 season, including a win at the Phoenix Open. Brooks Koepka is still suffering with a knee injury, meaning there is a chance he might not be fit to play in the Presidents Cup, having gained an automatic spot, so Fowler could be top of Woods' list to replace him if he pulls out.

NEXT PAGE: Tiger Woods selects himself as a captains pick for the Presidents Cup