Rory McIlroy is relishing the return to Medinah this week for the second FedEx Cup Playoff event, the BMW Championship. 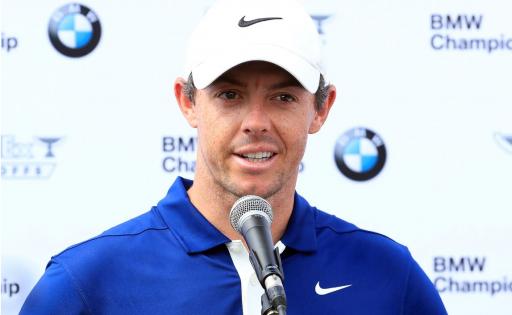 In 2012, Medinah Country Club hosted one of the most memorable Ryder Cups in history in what was arguably the greatest comeback of all time, when Europe retained the Ryder Cup on the final day.

USA lead 10-6 heading into the final day of the Ryder Cup and needed just four and a half points from Sunday's singles to win, but no one saw coming what went on to happen that day.

Now known as 'Miracle at Medinah', Europe did the impossible and bounced back to win eight and tie one of the 12 matches, to retain the Ryder Cup.

McIlroy turned up just ten minutes before his tee time on Sunday, but beat Keegan Bradley 2&1 during Europe's triumph on the final day.

"Medinah has got some good memories for me," said McIlroy.

"Unbeknown to us at the time, but it was where I met my wife for the first time.

"It was an incredible Ryder Cup with everything that happened there."

McIlroy and the remaining stars of the FedEx Cup field head back to Medinah this week for the second FedEx Cup Playoff event, following last week's Northern Trust.

The top 70 in the FedEx Cup standings will battle it out for a place at the Tour Championship in September, where only the top 30 in the standings will qualify.

McIlroy, who currently sits in third position behind Patrick Reed and Brooks Koepka, is chomping at the bit to get back on the course that he has such fond memories of.

"We have been sort of excited to get back there all year. If I play next week how I played at Medinah that week, I'd be very happy," said McIlroy.

"I played some great golf."

The Northern Irishman finished in T6 at Liberty National last week, where he shot five bogeys and seven birdies in the final round and no player has had more top 10's on the PGA Tour this year than McIlroy.

"Even if I'm not playing that well I'm still able to get myself somewhat in contention," McIlroy said.

"Even when one part of my game is off, I am sort of making up for it with other parts of my game, whether it be driving, chipping or putting.

"The good stuff is in there; I'm just hitting too many loose shots and they are costing me.