McIlroy birdies five of the final six holes to take The King's title at Bay Hill. 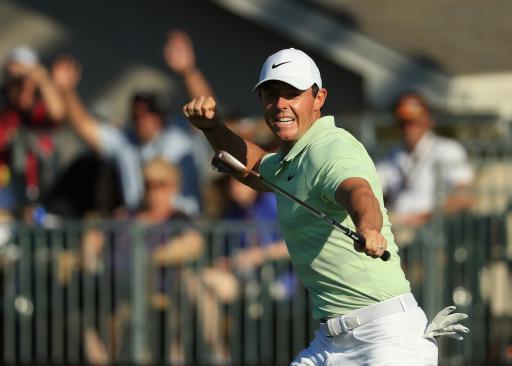 Rory McIlroy stormed home to win the Arnold Palmer Invitational at Bay Hill, marking his first victory on the PGA Tour since the Tour Championship in September 2016.

McIlroy, 28, fired a flawless final-round 64 highlighted by five birdies in the final six holes to pip Bryson DeChambeau by three strokes on 18-under par.

"I've missed it," said McIlroy, of being in contention again. "To play the standard of golf under this amount of pressure, I'm just very proud and very pleased with how I played.

"To win Arnie's tournament for the first time just means so much to me."

DeChambeau made McIlroy work for the title on the closing holes when trimming the deficit to one stroke after making eagle at the 16th, but the American could only par 17 and bogey 18 to finish three strokes back on 15-under.

McIlroy was in imperious display in the final round, finding 10 of 14 fairways, 13 of 18 greens and taking 24 putts.

The Northern Irishman's 14th PGA Tour title takes him back into the world's top 10, and he has now moved to tournament favourite at next month's Masters where he goes in search of completing the career Grand Slam.

For McIlroy, the win silences a number of critics who were concerned about his form.

"I kept telling everyone I was close, but nobody seemed to believe me," said McIlroy.

"With golf, it's never far away. I knew if I persevered I would be okay. I did some good work and that has paid off straight away."

England's Justin Rose continued his stellar form with a solo third on 14-under, with Stenson back on 13-under.

Tiger Woods got himself within one stroke of the lead with four holes to play, but threw himself out of contention when hitting his drive out of bounds at the par-5 16th en route to a bogey.

Nevertheless, his tie for fifth on 10-under marked a third consecutive impressive display following a tie for second at the Valspar Championship and solo 12th at the Honda Classic in recent weeks.

RORY MCILROY: IN THE BAG