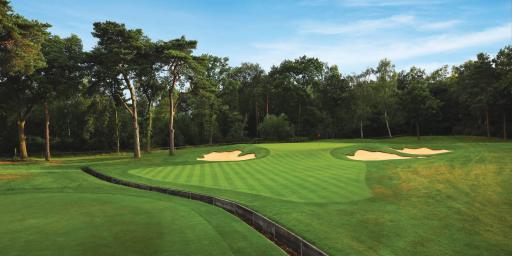 Mr Gibson, 49, had been employed by the famous Surrey golf club - home to the annual BMW PGA Championship on the European Tour - for the best part of 10 years.

However, he was replaced by Woraphanit Ruayrungruang, the 29-year-old daughter of Chanchai Ruayrungruang (also known as Yan Bin) when he bought the club from Richard Caring for £130 million in 2014.

Mr Gibson, a former professional golfer, was appointed chief executive of Wentworth Club after the takeover by Reignwood, the Chinese-based company owned by Dr Ruayrungruang.

According to reports, Mr Gibson is bringing a legal claim against Wentworth Club and demanding £750,000 in damages.

It is claimed that Mr Gibson's legal challenge is being funded by a wealthy Wentworth resident, who is appalled at the way the golf club was now being run.

Mr Gibson told The Sunday Telegraph: "I confirm that I have initiated legal proceedings against Reignwood. While proceedings are ongoing it would be inappropriate to comment any further."

In a club notice sent to members in the spring Ms Ruayrungruang wrote: "We would like to inform you that Stephen Gibson has left Wentworth Club as of today. Stephen has been an integral part of Wentworth Club for the past 12 years.

"We thank him for the service and wish him the very best for the future. Whilst the club goes through the process of appointing a new CEO, an interim management committee is in place led by myself as interim CEO. I would like to use this opportunity to reiterate Reignwood’s long-term commitment to Wentworth Club, its staff and its members."

Two years ago we reported how Wentworth Club faced a financial hole after their losses had doubled to more than £13 million - READ HERE.

Other controversies at the club included Dr Ruayrungruang's plans to force its 4,000 members to reapply for only 800 places when he took charge in 2014, with the chosen few having to pay £100,000 for debenture membership. Ultimately, however, a group of Wentworth Club members fought an unsuccessful legal battle against those plans.