Open champion Shane Lowry said that as long as the Irish Open was going ahead he was always going to play. 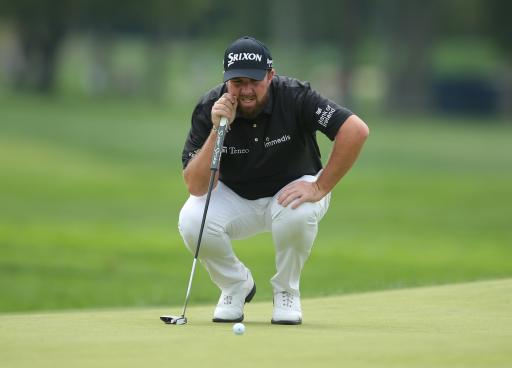 Shane Lowry is relishing the opportunity to play in the Irish Open at Galgorm Castle this week and the reigning Open champion can't wait to play on home turf, although the atmosphere will be completely different to when he claimed his maiden major at Royal Portrush just 30 miles away.

Lowry is competing in his home country for the first time since he won the Open by six shots last year and the 33-year-old is hoping to put on a show for those watching at home.

"I was super excited to go to Mount Juliet this year as Open champion and play in the Irish Open but obviously that didn't happen with everything that went on," said Lowry.

"We're here now at Galgorm and I'm happy to be playing in an Irish Open this year and I'm happy to be here. I would love it if the people could come out and watch me because Portrush isn't actually too far away, and it would've been nice but it is what it is. Hopefully I give people something to watch on TV over the next few days.

"As long as the tournament went ahead, I was always going to be here, unless there was a major championship. I don't think I would've missed it. I'm here now so I might as well play well.

"It's going to be a lot different. We've played a lot of tournaments without fans over the last few weeks and it is strange. Especially the bigger events, and this is going to be one of the bigger events for me. We'll see how it goes. I'm used to it now so I'll just get out and do what I've been doing, try and shoot the best scores I can and see where it leaves me."

The Irish Open will be the first European Tour event that Lowry has played in post-lockdown, having played 11 events on the PGA Tour since June where he has struggled to find his form and has slipped to 30th in the World Rankings.

"I arrived today and got my test done and I believe the bubble is a little stricter here in Europe," he added. "We're confined to the hotel, which is fine, I don't mind that at all. Anything to play golf, we're very fortunate to be doing what we do for a living.

"There are plenty of people out there who have lost their jobs through all this so I'm very happy just to be doing my job and trying to do my best."

NEXT PAGE: Danny Lee apologises for "foolish" actions at US Open