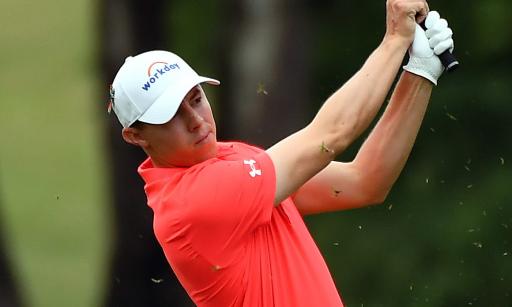 Matt Fitzpatrick took to Twitter to voice his displeasure at seeing CBS Sports leave out his five European Tour wins on the "career wins" total when the leaderboard flashed up on the screen during the final round of the WGC-FedEx St Jude Invitational last night.

Given the tournament is a World Golf Championship, created by the International Federation of PGA Tours (PGA, European, Asian, Japan, Australasia & Sunshine), you would like to think the European Tour win count would have got some sort of mention by CBS.

Aparently not. Only PGA Tour wins count where CBS Sports are concerned.

It certainly irked golf fans on either side of the pond, even Fitzpatrick himself and Ian Poulter, who labelled it as "pathetic"...

As a World Golf Championship event that consists of players who are exempt from around the World. Someone please explain how wins have been discredited because not in US. What would it have said if Seve was still playing ? 9 instead of 90 he actually won. This is pathetic pic.twitter.com/IFLHl0jjQo

It's a WGC event – created by the International Federation of PGA Tours (PGA, European, Asian, Japan, Australasia & Sunshine) – so yes, if a player has won on those tours, it should say so. That graphic is absurd.

If it doesn’t happen in USA then Americans don’t believe it happened. So short sited.

WHAT A PATHETIC DISGRACE @GOLFonCBS @CBSSports

The golf world does not revolve solely around @PGATOUR

Justin Thomas went on to land his 13th PGA Tour title, with Lewis finishing tied second and Fitzpatrick back in tied sixth.

Should just PGA Tour wins be considered worthy of attention when it comes to a player's career, just because a tournament is taking place in the United States?

Absolutely not in our eyes, but I mean former US Ryder Cup captain and now golf commentator Paul Azinger certainly would likely agree given what he had to say back on March 1.

"These guys all know you can win all you want on that European Tour," said Azinger, during the final round of the Honda Classic.

"Lee Westwood actually took offence to that yesterday. He's won twice on the PGA Tour and 44 times around the world, well it's not the PGA Tour.

"They know that and I think Tommy knows that, it puts a little more pressure on Tommy [Fleetwood]."