"I used to think you were a class act, not anymore," tweets irate golf fan... 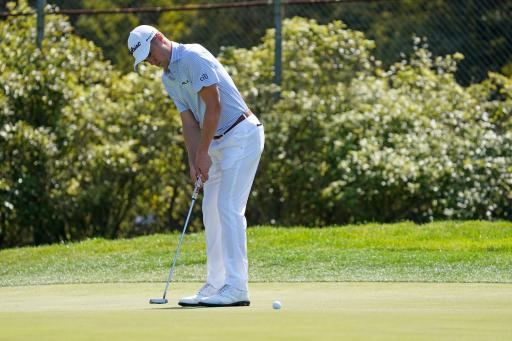 Justin Thomas dropped an angry F-bomb after missing a putt at the PGA Championship, and his actions very much divided golf fans on social media.

Expletives appear to be heard on mics more and more since golf's return from the lockdown, especially with no crowds on hand.

Some fans loved seeing Thomas swearing at his golf ball because it was relatable to their own frustrations on the greens, while others were furious due to their kids picking up the expletive while tuning into the live golf coverage.

Thomas missed a birdie putt on the par-4 5th hole and he could not believe his ball moved the other way to what he expected. Here's how he reacted...

Here's a look at what a number of golf fans made of it.

Some were very much in favour.

"The Justin Thomas f bomb on live ESPN was great."

"Justin Thomas is all of us today. Dropping f bombs after missed putts."

Others weren't quite so amused.

"Nice F bomb on live TV for my kid to hear loud and clear and repeat! Used to think you were a class act, not anymore. You have to be smarter than that bud. I bet Dad/Coach is really proud of his little Justin."

"JT dropping f bombs for the kids out there. Not great."

"You just went down a few pegs with your f bomb there."