Ex-LPGA Tour star says moving into course design has been "tougher than she thought" because of stereotypes. 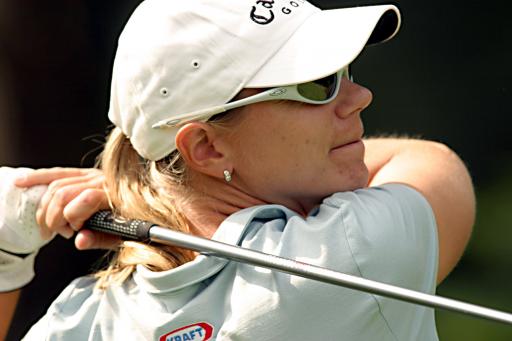 Annika Sorenstam has evolved from legendary golfer to course designer, but admits her new career is rife with sexism.

The 46-year old Swede, who has 72 LPGA Tour wins to her name and competed on the PGA Tour in 2003, was a trailblazer on the course, and is now trying to gouge a path in the male-dominated world of golf course architecture.

"It's been tougher than I thought," Sorenstam told CNN Living. "Being a female, when they throw my name in the ring as a designer candidate a lot of times they say, 'oh, well then this course will be short and easy.'

"I don't know where it comes from. I think they just have that predetermined notion of women designing shorter courses, and that's not really what comes to my mind.

"I consider myself, of course a female, but I'm also a golfer and I feel like I can play any golf course out there and I guess maybe my defensive mechanism is, 'hey, I'd play you anywhere, anytime and then we can go from there."

Sorenstam, who designed the Mission Hills layout in China and Euphoria in South Africa, believes courses need to be more accessible to different ability players.

"If we're going to grow this game it needs to be more accessible for juniors and women," says Sorenstam, who recently captained Team Europe at the 2017 Solheim Cup.

"That means having alternative tees but also you want to make sure you have courses that can satisfy the champions and long hitters.

"I think for a long time people just wanted championship courses, and to me I think that's short sighted. We're going to run out of land eventually, you can't build courses that are 7,600 or 7,800 yards, this is not going to work, we have to find alternative ways to make this game fun.

"I think the game is too hard and it turns people away. It shouldn't really be a gender question."

Previous
Best golf practice drill: Stick a ball under your heel
Next
Which type of golfer are you?