Sorry, how much?! 9 famous golf coaches and their incredible rates

Think your local pro is expensive - think again. It seems working with Tiger allows you to charge a fortune... 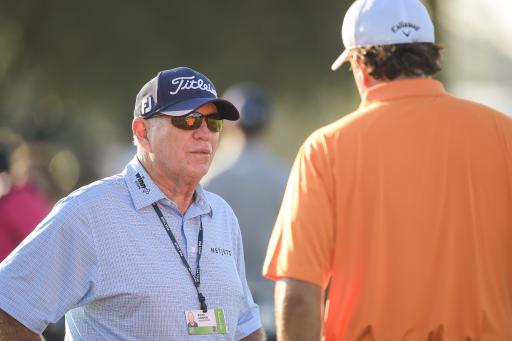 Famously worked with Tiger Woods from 1996 - 2002, when Tiger won his first eight majors.

Harmon, son of 1948 Masters winner Claude Harmon, is probably the most recognisable coach in the world thanks to his television work, although he has since stepped down from those duties.

During his career, he has not only worked with Woods, but also cast an eye over the swings of Rickie Fowler and Phil Mickelson among others.

"Sometimes we get so afraid of hitting bad shots (making bad pitches), we don't let ourselves hit (pitch) good ones," says Harmon. "That nugget’s for free."

After Butch came Harmon, who teamed up with Woods for six major titles. They were a duo from 2004-2010.

Haney says: "My philosophy as a teacher is to teach my students to become their own best teacher by getting them to understand the flight of the golf ball and how it relates to the swing, with emphasis on swinging the golf club on their own correct swing plane."

Known for his knowledge on the short game, Pelz's Short Game Bible was a bestseller when released in 1999.

"It's your bad shots and weaknesses, not your strengths that largely determine your scores," he says.

Famous for rebuilding the swing of Nick Faldo in the 1980s, Leadbetter has a particular interest in the mechanics and psychology of golf.

"Is there such a thing as a technically perfect swing?" says Leadbetter. "If there is, I have yet to see it."

Another of Tiger’s coaches, Foley worked with the Big Cat from 2010 to 2014. The Canadian also worked with Englishman Justin Rose since 2009 and uses a scientific approach to coaching.

Como was a relative unknown before Woods decided to hire him as a swing consultant in 2014.

Known as a deep thinker, it was thought Woods favoured Como because of his knowledge of the golf swing and its relation to injury.

A two-time major champion in his own right, Stockton is known as a guru when it comes to putting.

The American has worked with Mickelson and also wrote a bestseller called Unconscious Putting that was released in 2011.

"The key ideas are simple," says Stockton. "Find your own signature and stick to it, and follow a consistent routine."

Kostis counts Paul Casey and Bernhard Langer among his pupils - and also taught Kevin Costner to play for the film Tin Cup.

Harmon III is the third generation of coaches in his family, and he has already gone straight to the top.

The American works alongside Brooks Koepka and Dustin Johnson to name just two of his current crop of stars.

He is currently considered one of the best in the business in 2020.

Watch our video at the top of this page for our recent exclusive interview with Claude Harmon during a Cobra Puma Golf launch event.

Previous
Tell us about your dream golf course and we’ll tell you where you should play next!
Next
Watch: player loses cool after ridiculous penalty