Golf spectator sues in the High Court after being struck in the head with a golf ball... 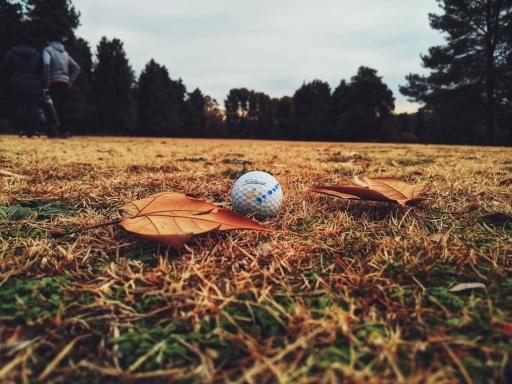 A golf spectator who was struck on the head by a golf ball and knocked unconscious has sued a golfer and tournament organisers in the High Court, according to a report in Breaking News.

The article claims Colm Campbell, the spectator in question, says he is in "constant pain and his life has totally changed" having been hit in the side of his head while watching the West of Ireland Championship for amateur golfers at County Sligo Golf Club in 2016.

Mr Campbell, 65, has reportedly sued golfer Kevin Le Blanc as a result of the incident, along with the tournament organisers, The Golfing Union of Ireland. Le Blanc ended up turning professional later in 2016.

Breaking News' report on the case reads as following:

Opening the case Mr Campbell’s counsel, Liam Reidy SC instructed by Damien Tansey solicitor said it was their case that Mr Le Blanc who was in the rough at the 11th green and 12th tee box hit the ball and it overshot the green and hit Mr Campbell on the head.

Counsel said they contend it was “an errant shot” and if a shot is errant there is a fundamental obligation to shout ‘fore’ because somebody could be in its way. “It is a key standard that applies to every golfer from the elite to the lower level, particularly in the circumstances where the match is being watched by a group of spectators,” Mr Reidy said.

Counsel for Mr Le Blanc, Noel McCarthy SC told the court it was their case it was not a wayward shot but a competent shot and that is why the golfer did not shout ‘fore.’ He said Mr Le Blanc will say the shot was a perfectly well struck shot and not a veering one that required him to call ‘fore’.

It is claimed against the County Sligo Golf Club and The Golfing Union of Ireland there was an alleged failure to take reasonable care for the safety of spectators and an alleged failure to give any warnings to those attending the competition they ought not be located at the place where Mr Campbell suffered injury.

It is claimed against Mr Le Blanc he allegedly failed to warn spectators including Mr Campbell of dangers of which he ought to have been aware.

All the claims are denied and it is contended there was alleged contributory negligence on the part of Mr Campbell who it was claimed was engaged in conversation and not looking at the golfer take the shot. It is further claimed Mr Campbell allegedly failed to draw on his own vast experience as a golfer and allegedly failed to follow the flight of the ball and adjust his position accordingly.

In evidence Mr Campbell said he was just talking and there was a bang and that is all he remembers.

He said he was kept in hospital until the early hours for observation and when discharged was in pain. “The next few days were terrible . I had a lot of pain, it did not improve,” he said.

“My life was totally changed, ‘he told the court. He said he still plays “a bit of golf” but said he has “a lot of fear of being hit again.”

The case before Ms Justice Bronagh O’Hanlon continues next week.