Not the week Tiger was after, but this shot was pretty cool to say the least... 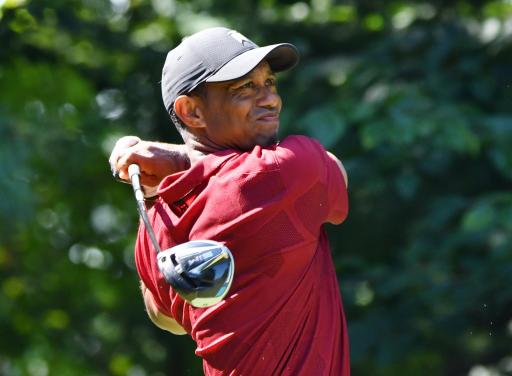 Tiger Woods may have slumped to a tie for 58th at The Northern Trust last week, but he did at least fire a final-round 66 to give him something to build on heading into this week's BMW Championship.

Woods got off to a sizzling start on Sunday with a birdie blitz from the 1st to the 4th, before sandwiching a bogey at the 8th in between birdies at the 7th and 9th.

The former World No.1 got social media talking on the par-5 7th when nailing one of golf's toughest shots... the driver off the deck! Watch the video below to see how Woods executed the shot, before getting up and down for birdie...

Driver off the deck for @TigerWoods.

He’s pulling out all the shots to climb the leaderboard on Sunday morning.#QuickHits pic.twitter.com/4oFc5o7vJd

Drops it in close from the bunker. @TigerWoods is -5 on the day thru 7. pic.twitter.com/LRi9wdcthZ

Woods was playing alongside McIlroy for both weekend rounds, with the Northern Irishman finishing with a 69 to finish back in the pack in a tie for 65th.

It marked yet another lacklustre week for McIlroy, who has failed to pick up a top-10 finish in seven starts since golf's return in mid-May.

Diet Coke is the drink of champions. (@foreplaypod)

McIlroy, who won the FedEx Cup last year, is already assured of a place in the Tour Championship as he ranks 12th in the standings.

Woods, however, will need to perform very well this week if he is to play his way into the 30-man season finale as he looks on from 57th in the list.

The 15-time major champion has won the FedEx Cup two times, like McIlroy, and he has won the Tour Championship on the three occasions, the last of which came in 2018.