Tiger Woods: "I need to start really lifting and getting after it"

Woods reveals he wants to "get stronger" once the Ryder Cup has finished at the end of the month. 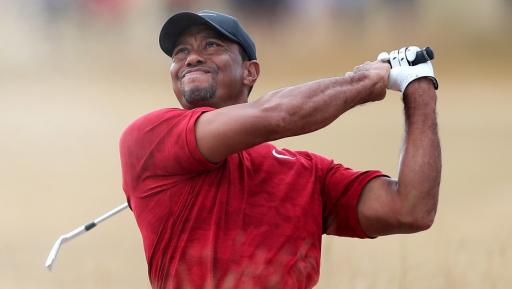 Tiger Woods has revealed he wants to be absolutely shredded - if he isn't already - by the time he's teeing up in the 2018/2019 PGA Tour season.

Never one to shy away from the gym, Tiger Woods admits he's going to push the boundaries even further when it comes to lifting weights in the off season as he bids to get even stronger next year.

“I’m going to take a long break after the Ryder Cup and we’re going to evaluate things,” said Woods, who finished tied sixth at the BMW Championship on Monday.

“But more importantly, I need to start really lifting and getting after it and getting stronger in certain areas, because playing every single week seems like every single day is maintenance at this point, a war of attrition.”

REVEALED: THE INSANE TIGER WOODS WORKOUT ROUTINE HE SWEARS BY!

Woods knows his health and mindset is in a vastly different place to where it was some 12 months ago, and he admits that will allow him to step things up during his off-season.

“What you do in the off-season is what allows you to maintain it through the year especially on the backside of the year and I really didn’t train for all this,” he said.

“Because I didn’t know how much I was going to be playing. I was just trying to play. So, next year I have a better understanding of what I need to do and this off-season will be very different than it was last year.”

Despite not winning a tournament since returning to the game this year, Woods has vaulted up to world number 21 from outside of 700 at one point at the end of 2017.

Woods has performed admirably and nearly won both The Open and US PGA, before going on to finished tied sixth and second respectively.

He also finished tied second at the Valspar Championship earlier, tied fourth at the Quicken Loans National and tied sixth in his last start the BMW Championship.

As a result of his stellar performances of late, Woods has made the top 30 to be able to compete in the Tour Championship in two weeks' time, before he heads to the Ryder Cup in Paris.