Tiger Woods out of Bay Hill: "Back is still stiff and not ready"

Woods to skip Arnold Palmer Invitational for the second year in a row... 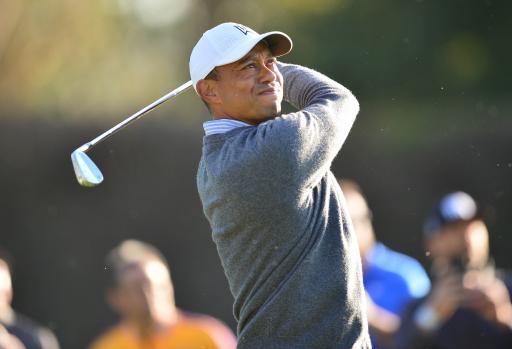 Tiger Woods has confirmed he will be skipping this week's Arnold Palmer Invitational due to feeling ongoing stiffness with his back.

Woods, a record eight-time winner at Bay Hill, has not played a PGA Tour event since finishing last of those making the cut in 68th place at the Genesis Invitational last month.

The 15-time major champion's agent Mark Steinberg has told ESPN.com that Woods' upcoming schedule remains unclear by claiming his "back is still stiff and not quite ready."

With big tournaments coming thick and fast, Woods could be in danger of missing The Players Championship - considered by many as the unofficial fifth major - at TPC Sawgrass in two weeks' time.

Two weeks after that comes the WGC Match Play, where Woods reached the quarter-finals before memorably going on to win The Masters in April.

Despite his latest niggle to his back, Woods is hoping to follow a similar tune-up to 2019.

"My prep has been just like it usually is," Woods told reporters in a Masters conference call.

"It's, what do I need to do to get ready for The Masters? I've been fortunate to have done this five times, and to try and have everything peak together for just an incredible week, it's hard to do.

"It's hard to try and get all the shots and have everything dialed in.

"The plan is to prepare the same way. It worked last year, so I've got a blueprint for what I need to do and hopefully I can have the same feelings."

Previous
How much money Sungjae Im and others won at the Honda Classic...
Next
Doubles Golf: the new golf game sweeping the United States