Tony Finau, Billy Horschel and Patrick Reed have all confirmed they will be making their Wentworth debuts at the BMW PGA Championship in September. 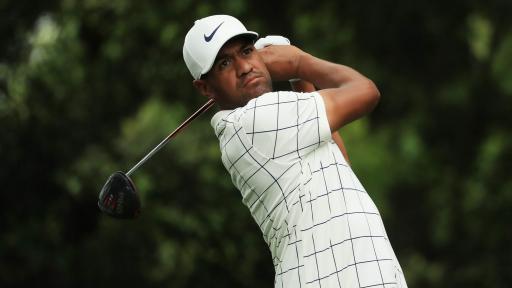 The BMW PGA Championship at Wentworth is the first opportunity for European players to start gaining points in their quest to making Padraig Harrington's team at Whistling Straights and it's set to be one of the most exciting fields we've seen for a while.

Tony Finau, Billy Horschel and Patrick Reed have now confirmed they will also be taking part in the European Tour's flagship event, adding to the ever-growing list of exciting names.

Horschel, a former FedEx Cup winner, took to Instagram to confirm his place, saying: "Watched this event from a young age growing up and I can't wait to playWentworth for the first time."

Finau also expressed his excitement on social media, tweeting "Excited to tee it up in my first BMW PGA Championship in September! Have heard nothing but amazing things. Let's get it!"

Reed, whose Ryder Cup antics certainly haven't made him the most popular player in England, posted a picture on Instagram saying: "Really excited to announce that I will be playing in the BMW PGA Championship at Wentworth on the European Tour for the first time this September! Looking forward to it!"
The American trio join what is anticipated to be the best field the BMW PGA Championship has seen for years, with players such as Rory McIlroy, Justin Rose, Tommy Fleetwood and Francesco Molinari all recently announcing they too will be teeing it up at Wentworth.
“The BMW PGA Championship is always a great event and I’m looking forward to playing in it again, particularly in its new September date,” said McIlroy.

“The West Course should be in superb condition and the change in date should also mean an even stronger field.

“I’ve won at Wentworth before and finished second behind Frankie last year, so hopefully I can do well again and also get off to a good start in the Ryder Cup qualification."