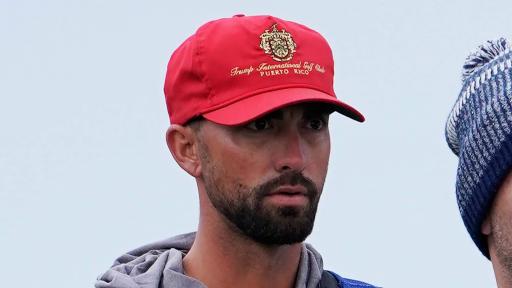 A regular Tour caddie shot a 131-over-par score of 202, during a U.S Amateur qualifying round at Mayacoo Lakes Country Club. Trey Bilardello has disgusted fellow golfers with his attitude during the tournament, as he purposely tried to shoot the highest ever score in USGA history.

Trey Bilardello has caddied in the past for Jim Herman, Moriya Jutanugarn and Annie Park and currently is on the bag of two-time PGA Tour winner Matt Every, caddying for him as recently as the John Deere Classic.

Bilardello has an official handicap of 2.2, but in his recent attempt to qualify for the U.S Amateur Championship, shot a score of 202, 131 shots over par and he did it all on purpose.

Kristian Fortis, who was Bilardello's playing partner, said that after parring his first two holes, Bilardello had a triple bogey and followed that up with a 10. After that, his poor attitude took over and he appeared to stop trying completely.

“After the first nine, he said that he wanted to shoot the highest recorded score in USGA history,” said Fortis. “He would chip shots and scoot his ball around on the tee box just to add strokes, and then he would just pipe a 2-iron down the middle of the fairway, hit it on the green and then just scoot his ball around again with his putter. He’d be right next to the hole and then I guess he’d think to himself that he didn’t have enough strokes and he’d hit his ball in the opposite direction of the hole. He was really rude to a lot of the officials, too.”

Bilardello's embarrassing behaviour didn't go unnoticed and he was disqualified from the tournament.

“The Florida State Golf Association, after consulting with the United States Golf Association, has disqualified Trey Bilardello under Rule 1.2 for serious misconduct and failing to play in the spirit of the game,” said Beth Major, the USGA’s senior director of championship communications. “His disqualification was deemed appropriate as a result of the individual’s failure to show consideration for other players — deliberately playing away from the hole to run up his score.”

Bilardello finished with a par on the last, but the other eight holes on his back nine all featured a double-digit score.