Tour Championship: How all 30 players will line up at East Lake

Here's a look at the starting scores for each of the 30 players who made it through to the season-ending Tour Championship... 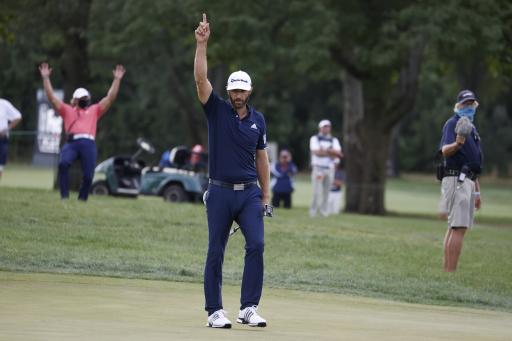 The leading 30 players in the FedEx Cup standings will do battle for the FedEx Cup when the Tour Championship tees off at East Lake this Friday.

Following Jon Rahm's incredible playoff victory over Dustin Johnson at the BMW Championship on Sunday, the Spaniard moves to second behind the in-form American heading into this week's tournament.

The Tour Championship continues with its second year of adjusted scoring, something you don't see at any other tournament on the circuit, with Johnson starting the 72-hole event out in front on 10-under par before even hitting a tee shot.

Here's a look at the scores that each of the 30 qualifying players will start on at East Lake on Sunday, with the winner taking home the FedEx Cup and lucrative $15 million first prize:

All of the players competing in this week's tournament qualify for all four major championships for the rest of this year, and also in 2021 following the coronavirus pandemic.

These players will also be eligible to compete in the 2021 Tournament of Champions in Hawaii at the start of the year regardless of whether they won a tournament or not.

Who is your pick for the FedEx Cup? Let us know on our social media channels.