Lee McCoy takes to Twitter to express frustrations with kids in the galleries. 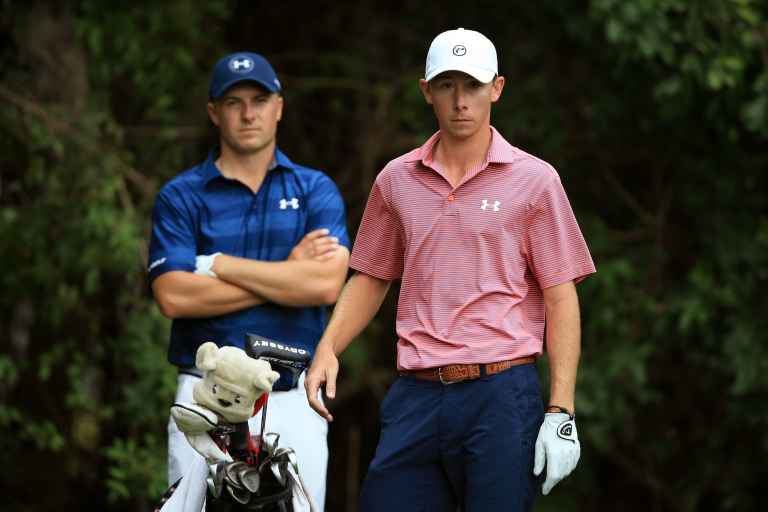 Web.com Tour pro Lee McCoy took to Twitter on Sunday to express his frustrations with young fans at the Colombia Championship, who were simply asking for his apparel to keep as souvenirs.

McCoy, 24, bogeyed two of his final three holes to finish tied 20th and then fired up his Twitter app, much to the shock of his fellow peers.

There were at least 30 kids out there who were there only to try and get free stuff from us. So no, I’m not grateful they were out there,” the 24-year-old said in one Twitter reply.

And he didn't stop there.

McCoy, who finished fourth at the 2016 Valspar Championship on the PGA Tour as an amateur, also claimed that one kid "learned a life lesson" because he refused to give up his hat, glove or shoes after the 18th hole and decided to get political, comparing the conditions of President Trump's United States to that of South America.

Here's a look at McCoy's irate tweets, before they got deleted...

The original tweets have since been deleted. They are below for reference, along with a few other greatest hits from this week. #GrowTheGame pic.twitter.com/9k5t95OvkX— Tron Carter (@TronCarterNLU) 12 February 2018

The lesson will be yours if you continue to shun these kids who dream to walk in your “shoes” one day. No one will ask for anything from you, and that will be when you know it’s over. Be careful how quickly you run them off.— InTheFlesch (@Steve_Flesch) 12 February 2018

Thanks @LeeMcCoyGolf for subbing in on twitter for @GraysonMurray !— Colt Knost (@ColtKnost) 12 February 2018