Scottie Scheffler shouted at a spectator during the Houston Open for speaking during his swing. 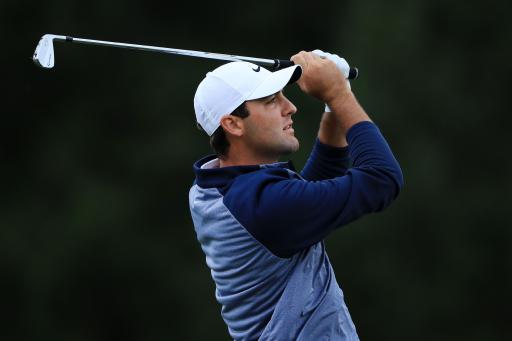 After topping the rankings at the Korn Ferry Tour Finals, Scheffler was given a fully-exempt PGA Tour card which he has been using to play in the new PGA Tour season.

Scheffler got off to a great start, finishing T7 at the Greenbrier Classic and followed that up with a T16 at the Sanderson Farms Classic. The hot form slowed down a little when Scheffler finished T74 in the Shriners Hospitals for Children Open and the 23-year-old was looking to bounce back at last week's Houston Open.

The young American was playing his last hole on Friday, the par-3 ninth, where Scheffler was dangerously close to the cut line and needed at least a par to make it into the weekend.

While on camera, Scheffler seemed to lose control of his right foot during his swing, sending the ball a little lower and thinner than he had hoped. As the camera's attention switched to following his ball, Scheffler could be heard in the background shouting at a spectator.

"Are you kidding me?" said Scheffler, "You can't keep your mouth quiet for five minutes, man? Right in the middle of my swing."

Scheffler went on to get up-and-down from the bunker to make the cut and finished T28 for the tournament, but watch the incident in the clip below:

Scottie Scheffler giving it to a fan... pic.twitter.com/vis45FcuDD