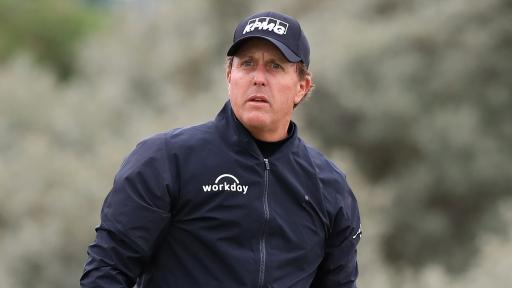 Phil Mickelson played one of the most outrageous shots of the PGA Tour this season from the fairway bunker on day three of the AT&T Pebble Beach Pro-Am, moonwalking his ball through the ROUGH and to within two feet of the cup at the par-4 fourth.

Mickelson recovered well from a slow start to his Saturday round, aided by a superb eagle at the par-5 14th en route to a 2-under 70.

Lefty lies in solo second on 12-under, three strokes behind England's Paul Casey.

Mickelson is going in search of tying Mark O'Meara's record of five wins in the tournament.

The 48-year-old will also bid to complete the career Grand Slam when the US Open heads back to Pebble Beach in June.