Patrick Reed hit an incredible fairway wood shot on the 14th at Innisbrook for a shot at eagle. 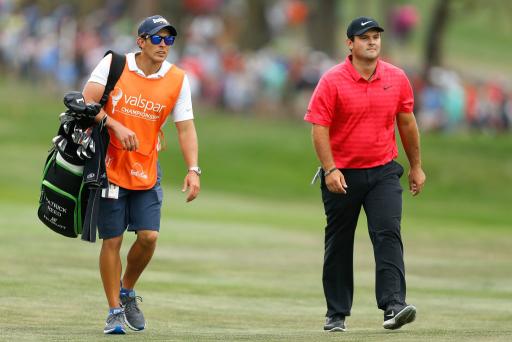 Patrick Reed channeled his inner Arnold Palmer when playing a helicopter fairway wood shot on the par-five 14th at the Valspar Championship.

The 27-year-old played the best shot of the day at Innisbrook when hitting the cut from the fairway, landing it on the green for a shot at eagle - (which he didn’t make).

Reed, who usually plays a draw, had a Palmer-esque signature helicopter finish to the stroke which had the commentator’s purring.

What a swing! @PReedGolf is tied for the lead after this shot set up birdie.#QuickHits pic.twitter.com/kNhGXaznzZ

Captain America needed a par to make the play-off with eventual winner Paul Casey, and was on the green in two before opting to putt from distance...which didn’t work out for him.

Previous
Social media reacts to Tiger Woods at the Valspar Championship
Next
Tiger Effect: You won't believe the weekend TV ratings at Valspar!