Why is golf shutdown in England but still allowed to carry on in Scotland?

England Golf CEO Jeremy Tomlinson outlines his understanding for golf being shut out during the Covid lockdown... 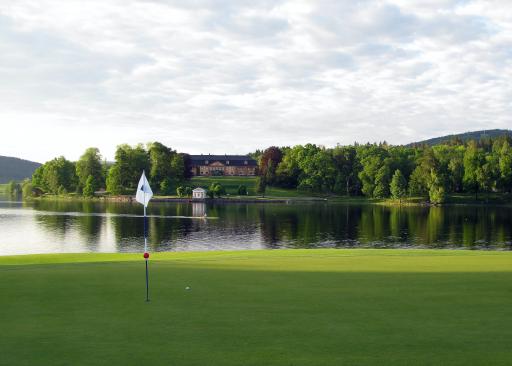 So you're currently residing in England, stuck in lockdown and wondering why our Scottish friends are still allowed out to go and play golf but that you're not. Yup, we feel your pain too.

Unfortunately for us English folk, golf courses, driving ranges and practice facilities remain closed until further notice. The same scenario applies in Wales and Northern Ireland, with the exception of Scotland who is operating under a different circumstances under First Minister Nicola Sturgeon, whereby golfers are permitted to continue playing the sport but in limited forms of two-balls.

On Wednesday, it was confirmed that there have been more than 3 million confirmed cases of coronavirus in the UK and over 90,000 people have died, government figures show.

The government has announced a further 1,820 deaths within 28 days of a positive Covid test - the biggest figure reported in a single day since the pandemic began. Of these deaths, 1,662 were in England, 92 in Scotland, 44 in Wales and 22 in Northern Ireland.

"In England, the regulations and laws are set down by the UK Government in Westminster," reads a statement from England Golf.

"Following Prime Minister Boris Johnson’s address to the nation on Monday 4 January, the clear instruction was that golf courses and facilities must close with immediate effect as part of the ongoing fight to halt the rapid rise in transmission rates of Covid-19 in England.

"In Scotland, as is the case in Wales and Northern Ireland, the regulations and laws are set down by the devolved parliament/assemblies.

"The First Minister of Scotland has chosen to adopt a different approach to the UK Government based on the Covid-19 circumstances in Scotland.

"Golf courses in Wales and Northern Ireland – as in England – have been instructed to close by their devolved governments."

Speaking on the latest England Golf Podcast, which you can listen to at the bottom of this article, CEO Jeremy Tomlinson claims he was disappointed that golf was not able to follow the likes of walking, cycling and running and able to carry on - however, when it became clear that the pandemic was getting further out of hand that their priorities changed.

"Like everyone else up and down the country, we were thinking is this really how the year is going to start out," said Tomlinson.

"It was a huge disappointment and concern, but given the pandemic was getting out of hand we had to switch our priorities. I wanted to listen to what the government was wanting."

He added: "With regards to golf, it was hugely disappointing. We thought we would be classed alongside walking, cycling and running, and we had been promised that we would be spoken to... however our priorities quickly turned to respecting the decisions the government had made."

Listen to England Golf's latest podcast episode with CEO Jeremy Tomlinson in the video below: