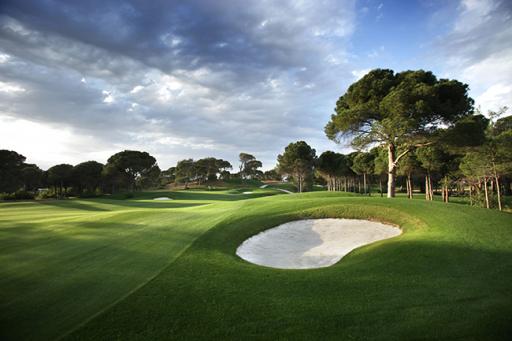 Ahead of this week's inaugural Turkish Airlines Open, the first European Tour event to be held on Turkish soil, we spoke to Cahit Sahin, General Manager of the host venue, The Montgomerie Maxx Royal…

What does it mean to host the first-ever European Tour event on Turkish soil?

It is an absolute honour to have been chosen to host the inaugural Turkish Airlines Open. We are grateful to Ahmet Agaoglu and the Turkish Golf Federation for recognising the Maxx Royal’s position as one of the world’s premier resorts. The golf course opened in 2008, and to have been selected to host such an important event in the Final Series five years later, with a world-class field that includes Tiger Woods, makes it even more special. I think the players will be blown away when they see the pristine condition of the golf course and unwind in 5-star plus surroundings of the hotel. We are certainly looking forward to welcoming them with open arms and traditional Turkish hospitality.

What impact do you think having the focus of world’s media on you will have on the region?

The region of Belek has already firmly established itself as one of the world’s most visited & popular golfing destinations. We are sure that our global appeal will only flourish when golf travellers around the globe see the game’s best players taking on the diverse & first-class golf offering we have here. With the media spotlight firmly on us during the week, we have the perfect opportunity to showcase everything that is great about the region, and The Maxx Royal Golf & Spa is delighted to be taking a lead role in our continued drive to enhance the attractive proposition we have.

We also hope that the presence of the world’s leading golfers in the region will help inspire future generations to emulate their heroes such a Tiger Woods, and grow golf from the grass roots level. The game of golf is still growing here in Turkey, and by having 2 Turkish amateurs in the field, we hope this will demonstrate to young golfers that anything is possible if you dedicate yourself to something – which is a skill that can be applied to all aspects of life and aid everyone’s future development.

What economic impact do you expect the event to have on the region?

Hosting such a global event is definitely going to have numerous benefits for the region. We are already working at capacity as we are now in peak golfing season, so I don’t think there is going to be   a spare room through the week at either of our two hotels, The Maxx Royal & The Voyage. However, the challenge is to ensure that the tournament leaves a lasting legacy and paints the Belek region in a positive light for future visitors. By welcoming the world’s leading golfers and key global media at the resort, we hope to showcase the finest Turkish hospitality and luxurious facilities, hopefully leading to a strong boost for tourism in the area for years to come.

What does it mean to have Tiger Woods in the field?

As part of the European Tour’s Final Series, the field was always going to be a strong one, but the addition of Tiger Woods is always going to further elevate any tournament. He has been the star attraction for golf spectators for many years, as his achievements and presence resonate with golfers and non-golfers alike across the world. His participation just further enhances the global appeal of the tournament and he will certainly be up there as one of the players challenging for the trophy and huge prize money on offer as players jostle for position heading towards the climax of the inaugural Final Series.

Related Articles
Tell us about your dream golf course and we’ll tell you where you should play next!
GolfMagic Travel Survey 2017

What investments have been made at the resort in preparation for the event, have you had to make any specific changes to the facilities?

We have invested €2 million on expanding the club house, where everything will be provided for guests and players alike, and it will be able to accommodate up to 5,000 people each day throughout the tournament.

On the golf course front, our head superintendent, Benjamin Lovett has been working closely with the Europen Tour agronomy division for almost a year, discussing ideal playing conditions and making the relevant alterations. The changes, in reality, to the course have been fairly minimal. Designed by Colin Montgomerie in association with European Golf Design, who are under the European Tour umbrella, many of the key characteristics for tournament golf were already considered in the layout. Having said that we have made the following light adjustments: