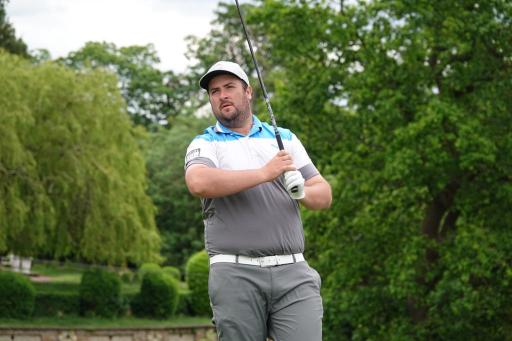 One stroke, one waft of the putter, one missed three-foot tiddler. It can make the difference between sleeping at a five-star sun-kissed European Tour resort, or on a sofa bed in some grotty B&B off the M25.

Things are a whole lot different for those at the other end of the spectrum, especially those just starting out on their journey.

Just ask rising PGA Europro Tour star Ryan Campbell, 26, who is making giant strides this season in his bid to lock up one of five spots for an exemption category on the Challenge Tour in 2020.

"It's great fun being a Tour pro but it's all on a very tight budget I can assure you," Campbell told GolfMagic.

"There are no fancy hotels or dinners in plush restaurants, and there are definitely no business class flights. A lot of my time away from tournament action is spent driving to events or searching online for the cheapest possible flights and hire cars.

"I travel and share accomodation with another three lads and we've stayed in some s*** places where there's four of us crammed into a small apartment with sofa beds!"

He's the current leader of the CPG @modestgolf Order Of Merit. Check out what the man himself @RyanCprogolf thinks of some of his #NXTLVL Academy pic.twitter.com/3xwKdNTZcf

Thankfully for Campbell, though, it's not all doom and gloom on the road as a PGA Europro Tour professional since the Scot was snapped up as one of 13 Cobra Puma NXT LVL Academy players earlier in the year.

Cobra Puma's NXT LVL Academy players have all been kitted out with new Cobra golf equipment and PUMA apparel and shoes to help them in their pursuit to essentially get to the next level on the main circuit.

The brand has also given their 13 stars an additional goal for the year ahead by offering the winner of the CPG Order of Merit five selected Challenge Tour starts in 2020, on top of a low round bonus.

"Cobra Puma Golf have been amazing for me this season," said Campbell. "They have made a huge difference to all of us financially to be able to get fitted for equipment.

"I'm not just saying this but the new Cobra KING F9 SPEEDBACK driver has genuinely improved my game as well. I have never struck the ball so well off the tee before. I have gained 10 yards of carry distance this year.

"The separate CPG Order of Merit in partnership with Modest Golf is fantastic for us with those five Challenge Tour spots available for the winner. It's a really big prize for us and it's very much keeping us focused and giving us something extra to think about each week."

Campbell also highlights the strong sense of solidarity among his peers - especially those in the Cobra Puma NXT LVL Academy - as being key to his recent success on Tour.

"The time spent with the boys is great fun though, and we all love competing against each other out here. It's also been great to build a strong bond with the NXT LVL guys.

"There is a great vibe and togetherness out here on the PGA Europro Tour. I guess you could say we are all pulling for each other to do well as we know just how tough the journey is."

While the lure of five selected Challenge Tour starts from winning the CPG Order of Merit list is enticing enough, Campbell knows there is an even bigger carrot dangling in front of him with just six tournaments to go on the PGA Europro Tour schedule.

Campbell, out of Falkirk Golf Club in Scotland, has been playing some of the finest golf of his career of late with four top-10 finishes in his last eight starts on Tour, highlighted by a runner-up finish at the Diamond X Open in June.

As a result of his stellar play, the 26-year-old Scot has vaulted himself up to seventh in the Europro Tour's Race to Desert Springs standings, meaning he is just two spots away and roughly £1,000 away from the crucial fifth spot to lock up an exemption category on the Challenge Tour in 2020.

"The main goal for 2019 is to get off the Europro Tour by finishing in the top five in the Order of Merit," he said.

"I've been playing well this year and have had some good results. I'm likely going to need a win before the end of the season to guarantee this though. A win would be huge as this was a goal I set for the year ahead, but really the two go hand in hand.

"I will also be playing European Tour Q-School later this season so I would like to take some form into that and give it a good run and try to crack the top 25 at Final Stage.

"That will be a tough task but I definitely feel my game is good enough to make the grade, especially with a few years experience behind me now. The game is feeling good just now and after a couple of weeks at home, I feel refreshed for a big push to the end of the season."

Campbell might be sitting comfortably atop the CPG Order of Merit right now, but he knows he cannot rest on his laurels if he wants to achieve the rest of his goals in the game.

"The dream is very much to become a multi-time winner on the European Tour and to be competing in the majors."

Well, after all, there are no sofa beds at that level.