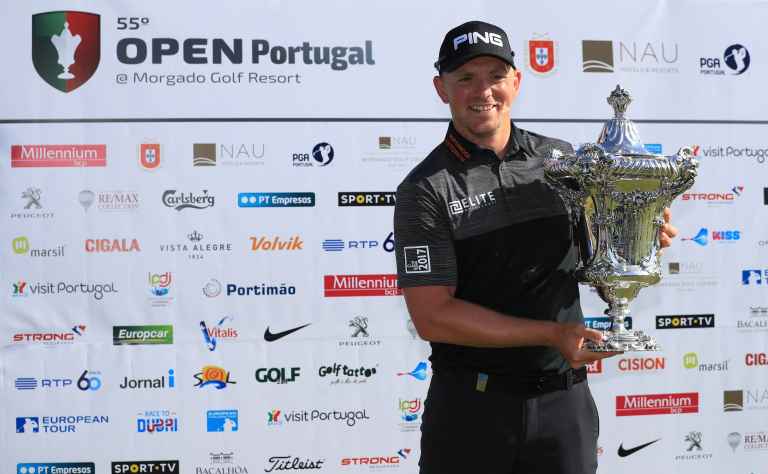 There was no Close Shave about it when Matt Wallace fulfilled a childhood dream by winning his maiden European Tour title in wire-to-wire fashion at the Open de Portugal on May 14. You could say it was a Grand Day Out for the man from Hillingdon.

Now with one of the European Tour's finest in Dave McNeilly by his side, a caddie who has obviously now acquired the nickname 'Gromit' by his peers, the 27-year-old English ace who won six times on the Alps Tour in 2016 is ready to embark on his biggest season yet.

Sitting down for an exclusive interview with GolfMagic after signing a new deal to wear J.Lindeberg apparel in 2018, the World No.129 revealed how he is bidding to crack the world's top 50 over the next 12 months.

Matt rocked up to my interview in a pair of jeans, so I couldn't help but tell him he was in the Wrong Trousers...

"It's just been an incredible couple of years," said Wallace. "It took me three years to win a tournament on the Alps Tour and then six came along that season.

"I then took all that confidence into 2017 and managed to win probably the biggest co-sanctioned event of the season at the Open de Portugal, which was a dream come true. It was a massive week for me and it has since opened a lot of doors.

"I sat down with my manager Chubby [Chandler] last week and our main goal is 100 world ranking points for 2018. It kind of takes away the wins and takes away putting down exact goals I guess.

"It's just a case of getting those points and it will get me into the world's top 50, which would just be fantastic." 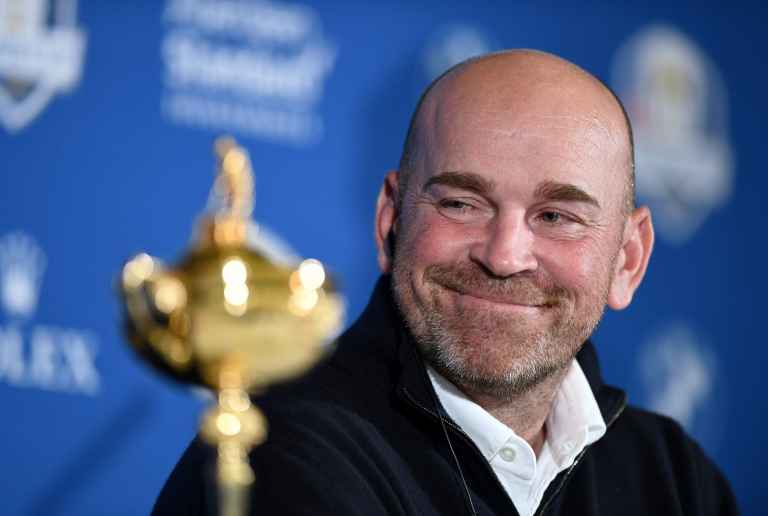 While not an immediate goal of his, Wallace, ranked 23rd in the European Ryder Cup Points race right now, can't help but contemplate the prospect of becoming a rookie in Thomas Bjorn's side come September.

"I was actually doing an interview with Padraig Harrington in Turkey recently, and I honestly didn't set the question up or anything, but he said there are always a few rookies in a Ryder Cup. He said to me 'don't think you can't make it, just go full steam ahead.'

"It's not a goal of mine to make the team in 2018 but it's a dream of mine to one day get there and play for Europe at a Ryder Cup. I personally think I would thrive in a team environment."

Looking back on his momentous week at the Open de Portugal in May, and Wallace speaks with a sense of relief but a tremendous amount of pride.

"Winning on the European Tour just made all the hours of practice worth it. You can't quite envisage yourself doing it all the time but it's what us pros try and do and put ourselves in that position to get in the mix and win tournaments.

"The win in Portugal was a strange one because I didn't think of it as a co-sanctioned event between the Challenge Tour and European Tour, and I didn't even know that by winning it meant I would be instantly playing in the BMW PGA at Wentworth. So it was quite a strange feeling.

"I think the key to the win was that I was staying with a friend of ours who plays at Moor Park so I was in more of a family environment rather than in a hotel like I would normally do. Every morning I was cooking myself breakfast and going down on the beach each morning. It was a little bit different but it was cool. It's how I would like to see myself in the future, having a nice place on the beach. 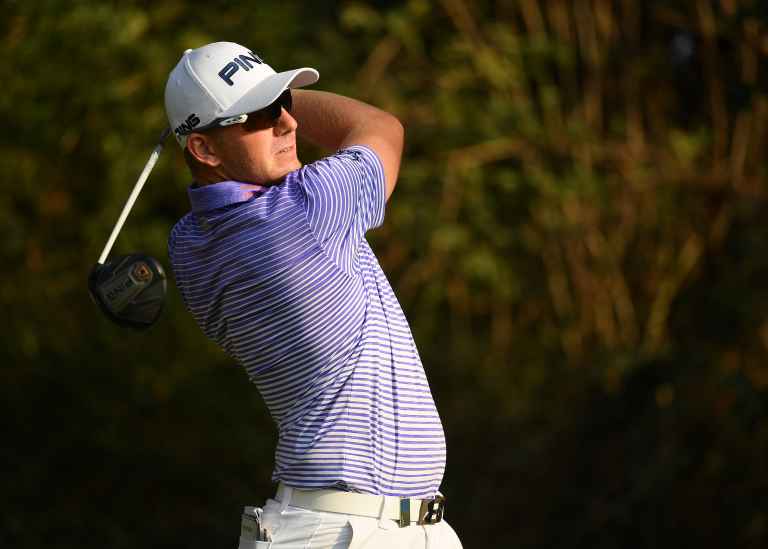 "I felt very relaxed and got off to a great start. I shot 10-under to lead after day one, followed it up with a 7-under on day two, struggled with a round of level par on the Saturday and then carded a bogey-free round of 4-under to win the tournament by three strokes. I also had one of my managers, Jack, there with me for the first time and we got to win together which was just great.

"I got myself in contention at the Italian Open later in the year too but couldn't quite finish that one off, but I've got to say I've loved every minute being on the big stage.

"I got to play in the US Open off the back of my victory in Portugal and that was huge for me. I may have missed the cut but I guess what I took away from that week was that I could definitely compete with these guys.

"Being here today at J.Lindeberg's launch night and sporting their new gear for 2018, it just makes me feel good. It makes all the hard work pay off." 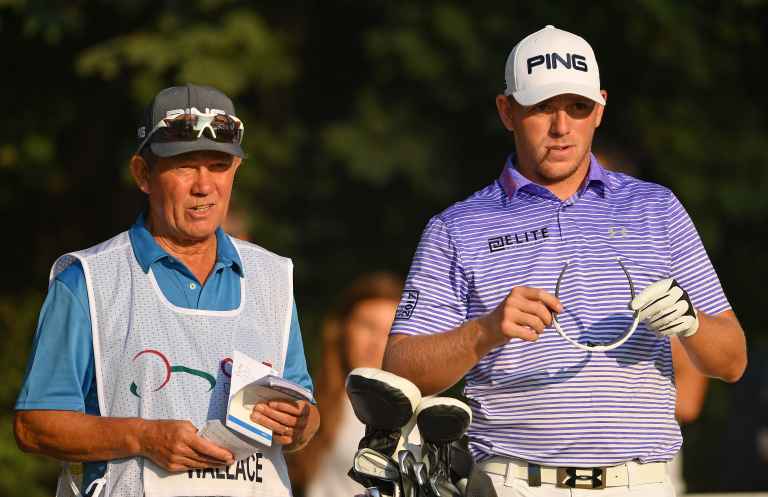 But every golfer who reaches the highest level will tell you they owe much down to their caddie, and Wallace has one of the best in the business in McNeilly.

"My golf ever since I've had Dave McNeilly on the bag has just totally improved my game. He has caddied for a number of big names before and he's told me that 'I am up there'.

"That gives me huge confidence to go out there and play on the big stage. I know if I was to play in another major again that I would do even better than last time."

Wallace also owes a lot of gratitude to his equipment supplier, PING, who he says have also "seen something in me too", as well as his new apparel sponsor J.Lindeberg.

"When J.Lindeberg first contacted me to say they wanted me in their clothing, I was like "sweet!" I have grown up knowing all about JL, and seeing it all in the flesh tonight and what I'm going to be wearing next year excites me a lot. It's impressive stuff and I can't wait to get going.

"PING have also been great to work with, and I can't speak highly of the new G400 range of clubs I've got in the bag right now.

"I'm PING right the way through the bag. The driver has been working great for me. I actually broke it at Valderrama but thankfully had a spare in the locker!

"I've also been testing some very exciting new PING equipment, which I can't tell you much about right now, but they might very well be a game changer, who knows!

"I'm also rocking a 2 Thumb putter grip for the fifth year in a row. I think I'm maybe the only guy out here using it which is cool!"

Safe in the knowledge of a full season ahead on the European Tour, Wallace is putting his feet up and enjoying his Christmas break with his family before jetting out to Dubai with his coach Robert Rock. He also hopes to be joined by the 2018 European Ryder Cup captain.

"I've taken a bit of time off this month and put the clubs away as it's been a big year for me. I played ok at the Joburg Open in my last tournament with a top 30 so that was a nice enough way to sign off the year.

"I'll pick up the clubs again in a couple of weeks where I will head out to Dubai with my coach Robert Rock and Thomas Bjorn will be there too, so that will be great to have a few golfing days there. I'll be out there for a week and then I'll be on my way down to South Africa to start the year.

"Of the events coming up, I'm really excited about Abu Dhabi. I caddied for Callum Shinkwin in his first European Tour event there in 2014. I love the course and love the area. I took a week off there to go on holiday with my girlfriend. And then obviously Wentworth for the BMW PGA, being a bit of a home game and watching the event as a kid. Last year was just amazing, being there for my first proper Rolex Series event. I missed the cut so I'm eager to play much better there in 2018.

And an interview with a Tour pro just would not be complete without asking him about his thoughts on the return of Tiger Woods.

"Yeah it's great to see him back out there and playing well again, albeit he had a very good chance of a top-10 finish in a small field.

"Tiger is definitely the best there has ever been. He showed signs of some proper, proper golf I thought at the Hero Challenge.

"I'm not sure if we'll see him on the European Tour much in 2018. I don't know if he will do much travelling to be honest. I know if it was me, I would just stick it out a year in America and travel that way because it's a lot easier, but who knows with all his sponsors exactly what might happen. I know I would love to see him out there in Dubai with me!"

Turning my dictaphone off and shaking his hand to end the interview, I asked Matt for a quick photograph for our social media channels.

"Thanks Matt, could you just say cheese."