Rickie Fowler is currently OUT of the 2021 Masters

Rickie Fowler is in severe danger of missing The Masters for the first time in his pro career... 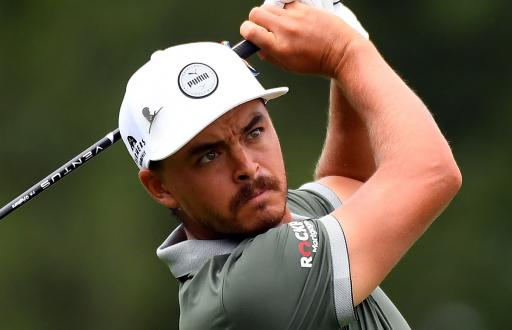 Rickie Fowler is currently the one big surprise omission from the field competing in the 2021 Masters this April after falling outside of the world's top 50 at the end of 2020.

Fowler, 32, has played in 10 consecutive Masters tournaments since he arrived on the scene in 2011 and has picked up three top-10 finishes at Augusta National, highlighted by a solo second in 2018.

The five-time PGA Tour winner started 2020 comfortably inside the world's top 50 - which automatically gives you entry into The Masters - however, he would slump to arguably his worst season to date on Tour and ended the year in 53rd.

This means Fowler is currently not eligible to tee up at The Masters from April 8 to 11.

If he doesn't tee it up at The Masters, it would also end an incredible streak of having competed in 41 consecutive majors dating back to the 2010 Open Championship.

All is not yet lost for Fowler ahead of the year's first major though, as he can still qualify for the 2021 Masters via three different routes.

The first one is to win a PGA Tour between now and Augusta National. The second is to get himself back into the world's top 50 the week prior to The Masters. The third way in is pretty unlikely though, and that would be to receive a special invitation to compete in the major.

One player who will be relieved this time around at The Masters is Daniel Berger, who qualifies for the 2021 tournament but missed out on the November staging of the 2020 Masters.

Berger proved to be one of the most in-form players last summer - vaulting up to 13th in the world rankings at one stage - but was denied his chance of competing in The Masters after finding himself outside the world's top 50 when the cut-off point was originally made prior for the tournament.