Blade putters back in vogue 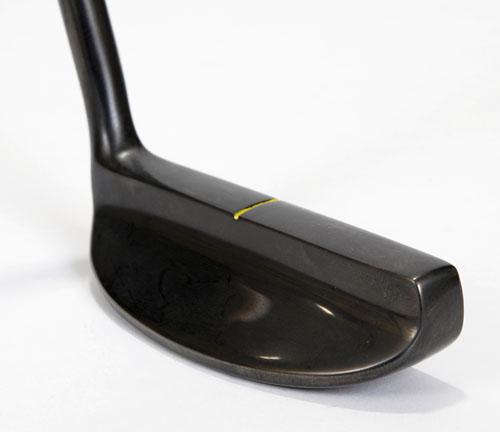 This enduring model has been given a technological makeover for 2010 by innovative UK-based company Spherical Blade, with its S-Blade Limited Edition Classic – a stunning new putter that will appeal to golfers who love its traditional shape.

The combination of this cutting edge technology and proven classic design has resulted in a putter which is a celebration of the great Wilson 8802 and Jack Nicklaus George Low Sportsman 600.

Ian Smith, managing director of Spherical Blade, says: “These great traditional shapes have fallen out of favour in recent years because of the move to larger headed putters with a higher forgiveness factor on off-centre strikes, but their track record speaks volumes.

“The feel is exceptional and while a classic blade may not be as forgiving as some modern putters, our curved face technology gives this ageless design more forgiveness than Bobby, Ben or Jack ever
enjoyed.”

The S-Blade Limited  Edition Classic (Blackeye 5) putter is available with a choice of five grips and a leather/neoprene headcover and can be custom fitted for 30-36 inch shafts at £129.

TravisMathew to become the first brand to open a storefront at St Andrews
VIDEO: What are the Top 5 BEST GOLF CLUBS of all time?!
Bob Warters
rhys davies
putters
Spherical Blade
Previous
Book review: 'Unplayable' - a year with Tiger
Next
Sunburn: How it can be a golfer killer