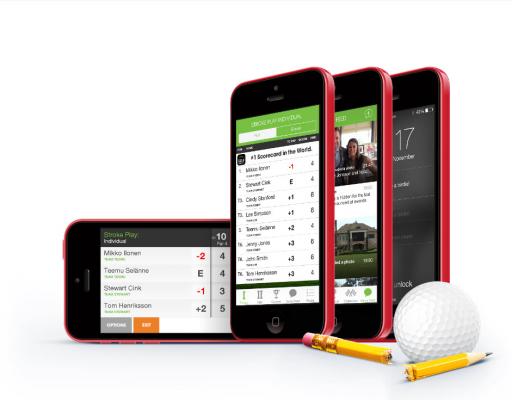 The popular European Tour event, celebrating its 50th anniversary, welcomes 16 of the world’s best tour professionals, including reigning champion Graeme McDowell plus five more members of the victorious 2014 European Ryder Cup Team, who will compete in the pre-tournament competition alongside celebrities and VIPs.

While delivering on-course updates to Pro Am participants, the live-scoring on Golf GameBook will also offer golf fans a rare glimpse of the action with behind-the-scenes trash-talk in the Game Feed, which enables live chat and photo sharing between golfers on the course as well as interaction online from anywhere in the world.

Pro Am participants and members of the public will be able to follow the event as-it-happens using the free Golf GameBook app or online at: http://www.golfgamebook.com/game/2ur-4k6k

Mikko Ilonen, the 2014 Irish Open champion and Golf GameBook Ambassador, said: “Having been involved with Golf GameBook from its early stages, it is great to see it in the hands of competitive golfers at every level of the game, using it for what it was designed for – making golf even more fun!”

Mikko Rantanen, CEO of GameBook Inc, said: “Not only is our app one of the fastest growing, free golf scoring downloads among amateur players around the world, but it is also getting a positive response from some of the best players in the game, and helping organisations, such as Volvo and HSBC, support and enhance their global sponsorship activations.”

GameBook offers a sophisticated, but easy-to-use platform for any golfer, golf club or golf tournament organiser to set up live scoring for all types of golf events and is the only scoring app to offer social interactivity.

Golfers can download the app from the App Store, Google Play and Windows Phone Store.