In the Bag: Callaway Grace from Branden but it

We delve into the winning bags from the weekend 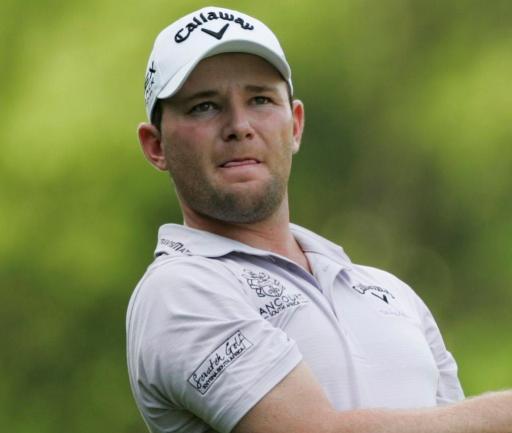 Branden Grace trusted a full bag of Callaway and Odyssey equipment to become the first player in European Tour history to win four times in their rookie year.

The Callaway staff player, who opened with a course record 60 at Kingsbarns, added rounds of 69 at Carnoustie to rounds of 67 and 70 at St Andrews to run out a two-shot victory on a joint-tournament record 22-under.

On the PGA Tour, Adams staff player Ryan Moore clinched his first title for more than three years with a one-shot victory at the JT Shriners Hospitals for Children Open.

Moore, who narrowly missed out on a wildcard pick in the United States Ryder Cup team last month, ended his season on a high note - as he and his wife are expecting their first child in two weeks’ time - by chalking up four consecutive top-ten finishes.

The 29-year-old, who used Adams Idea Super XTD and Idea Pro a12 hybrids, ranked inside the top-ten in driving accuracy, greens in regulation, putts per round, and averaged 312 yards off the tee.

But just as we’ve seen in recent weeks, Moore is another player who opts for a mixed bag of equipment including TaylorMade RocketBallz driver and fairway woods, ATV wedges, and PING s56 irons.

Using the white Yes! Golf Sandy 12 putter with distinctive alignment lines, he continued his trend of recent weeks and finishing first in the field in putts per greens in regulation and second in strokes gained in putting.

Win prizes for your reviews

We’ve teamed up with Cleveland/Srixon and their Centre of Excellence at Magnolia Park to offer you the chance to win some fantastic prizes in return for reviewing your equipment. Click here for more details.