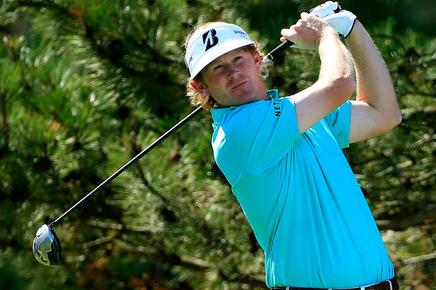 BRANDT SNEDEKER hit the front on day one of the BMW Championship yesterday sporting one of the lighest driver shafts the PGA Tour has ever seen.

Snedeker, who fired a scorching 8-under 63 to lead Zach Johnson by one at Conway Farms Golf Club, decided to bag a UST Mamiya ProForce VTS 4X shaft that weighs 45 grams in his new TaylorMade SLDR driver.

The World No.8, who already plays one of the lightest iron shafts on the PGA Tour in AeroTech’s SteelFiber 95g, found 71% of the fairways and averaged 278 yards off the tee with his longest drive 310 yards.

Snedeker first used the shaft on the weekend of the Deutsche Bank Championship. He was looking for a shaft in the 55g range to put in his SLDR but gained a little extra ball speed and consistency with the 45g version.

Most PGA Tour players opt for shafts that are made with low torque, which means they have a high resistance to twisting as a golfer unloads the club in the downswing.

Many equipment experts believe the resistance to twisting can provide increased accuracy off the tee, especially for golfers with quick transitions - but Snedeker’s shaft has more than 5-degree of torque, which is on the high-end of the range for Tour players.

Click this link for our review of the TaylorMade SLDR.