Our verdict on the "BMW of golf trolleys" 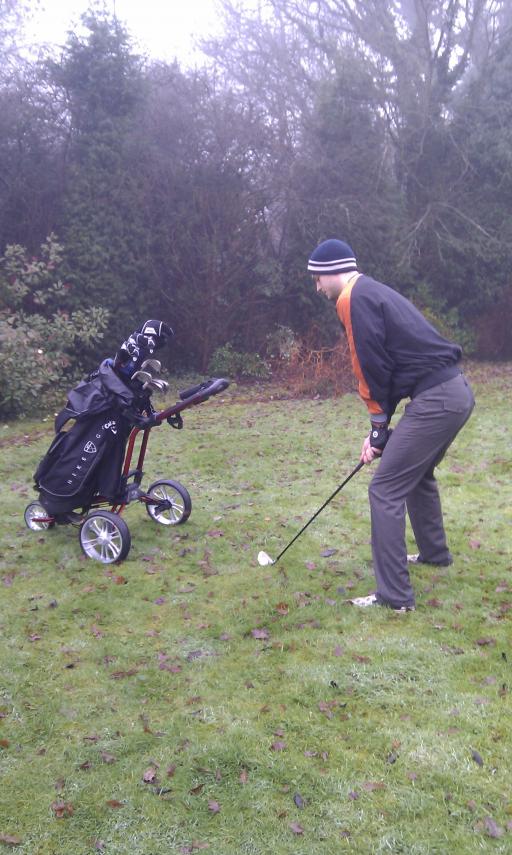 On a recent trip home, I went for a quick hack round Bude & North Cornwall GC when I noticed a family friend using a Stewart Golf Z1 push trolley.

“Alright doc?” I asked. Not because I was trying out my infamous Bugs Bunny impression, but because he was our family doctor many moons ago. “Nice trolley. I happen to have one of those, too.”

“What on earth does a tall, strapping, handsome, funny young man like you need a trolley for?” he replied. Though I’m paraphrasing so it might not be exactly what he said.

“Well I’ve had one sent to me from the company that makes it.”

“Aah, so you have to write nice things about it?”

Now I’m not one to shy away from how I really feel about products sent to me, but the boys at Stewart Golf needn’t worry because I genuinely love it.

“So doc,” I continued, “Why aren’t you using an electric trolley? You can surely afford one.”

“I’m not old enough to be using an electric trolley!” was his reply. Frank. I like that. Especially as it’s also his name.

When they launched the Z1 it was described as the BMW of push trolleys, and you can’t really argue with that. I took mine to the future father-in-law, Gary, to use and he loved it. Ever the technophobe, an electric trolley would have been as useful to him as a chocolate saucepan.

“I’ve been carrying my bag for a while and you really start to notice the strain on your back after a few holes – especially at my age,” he said.

“I’d been looking for a trolley for a while and [the Z1] is an absolutely superb piece of kit.

“The fact that you push it like a pram rather than pull it is an important factor; makes it a lot less strenuous when walking about the course.”

But that wasn’t the most important thing to the man I might one day call 'dad.' You see, he has spent the last few years going through something of a midlife crisis – also known as a Porsche Boxter S…

Now onto the slightly more sensible BMW 335i M Sport convertible but still restricted to a limited boot space, the Z1 causes no problems whatsoever.

“When I put it together, I was concerned about it fitting in my car because of its size,” continued Gary. “But when folded up, it’s about the size of a book! I couldn’t believe it.”

I took the Z1 for a spin myself and really got to see why this company has such a good reputation in the industry. If I was being picky, I would argue that its footbrake isn’t as effective or convenient as a handbrake – but it works just fine and eliminates the need for cables.  So swings and roundabouts.

Easy to fold; even easier to unfold; a delight to control; carries any sort of bag; a pleasure to use and admire. I’m not sure what else you really need in a trolley.

As I was writing this review I texted Gary to ask him what model his new car was. He replied: “The Stewart Golf website has a really good film clip showing how to unfold the trolley. Two movements in a few seconds – it works!” Four weeks on and he’s still taking the trolley out for regular spins around the course and has yet to find a fault with it.

The BMW of golf trolleys? Absolutely. Except minus the mid-life crisis...