Watson on top, but he gets himself in a muddle 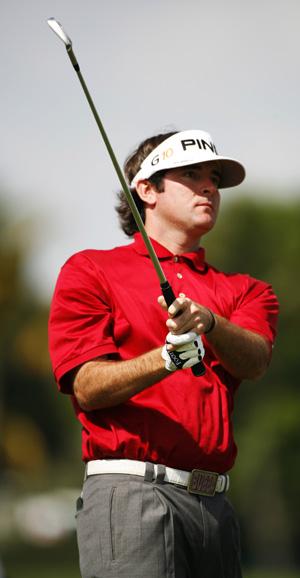 Bubba Watson may be leading after day one at Firestone, but he doesn’t seem to quite grasp the concept behind Ryder Cup qualification.

The American leads the WGC-Bridgestone Invitational after a first-round 64, two shots ahead of fellow lefty Phil Mickelson.

The 31-year-old currently sits in 17th in the standings to qualify for the US team to compete at Celtic Manor.

And a victory in Akron this weekend would put him in a very strong position, so imagine our surprise when he said this: “I’d give up my win to play at the Ryder Cup. That’s how much it means to me.”

Here at GOLFmagic Towers, we're hoping he doesn't surrender his lead, because Watson is exactly the kind of personality the Ryder Cup needs.

Speaking of his opening round on the South Course, the Florida-born star was slightly less confusing.

“I knew it was going to be tough but I putted really well, hit good iron shots and made it look a little bit easy,” he added.

“But we’re not done yet. We’ve still got three tough days of golf to go.”

Meanwhile, world number one Tiger Woods had a miserable day, carding a four-over 74.

Mickelson will become world number with a win, or a top four finish providing Woods finishes lower than 37th.

Another pretender to Woods’ crown is Lee Westwood, who ended the day with a one-over 71.

The field in the event, which has no halfway cut, includes the top 50 players in the world.