American "drug cheat" back in Q-School 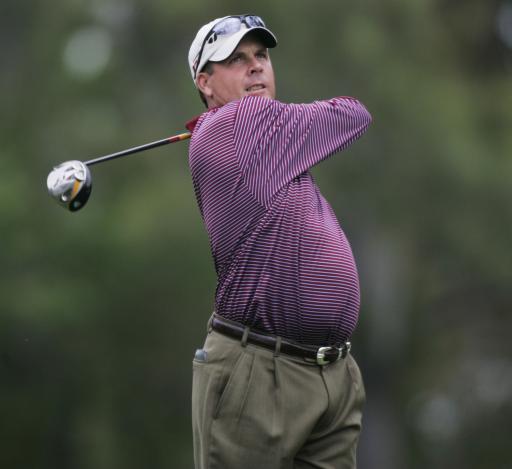 Just in case you weren’t reading our forum this time last year, let us remind you of who Doug Barron is.

He is the only golfer to ever have been suspended under the USPGA Tour’s anti-doping policy.

The Memphis-born golfer was suspended for taking beta-blocker propranalol and testosterone after being diagnosed with a mitral-valve prolapse in 1987.

The condition caused a tightness in his chest and anxiety attacks, but taking the drugs cost him a one year suspension from the game.

The 41-year-old’s returns this week at one of the Tour’s regional Q-Schools, where he is teeing-up with 74 other wannabes at Redstone GC in Texas.

Players were sympathetic to Barron, as they knew of his condition and didn’t see him as trying to gain an advantage.

23-year-old Randy Lowry, who will compete with Barron this week, said: “I played with him once last year in an Adams Tour event, and I have nothing bad to say about him.

“I am not familiar with his exact situation, but you can take one look at him and know he is not juicing or on steroids.”