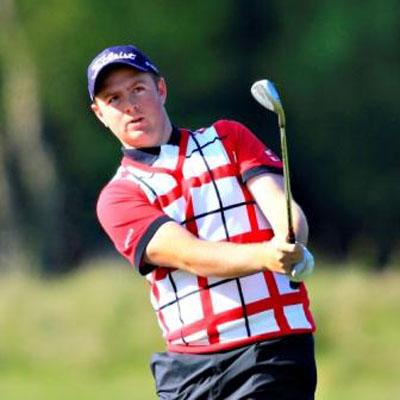 England’s talented young amateur golfers have again been proving themselves in the worldwide arena with Max Orrin and Craig Hinton claiming prestigious titles.

Orrin indeed made history when he became the first Englishman to win the Thunderbird International Junior title at the Grayhawk club in Scottsdale, Arizona.

The 18-year-old, out of North Foreland in Kent, carded a final round 69 for a 54-hole 10-under-par total and a five-stroke winning margin over American AJ McInerney and six clear of Korean-born Tae Wan Lee.

This was Orrin’s biggest victory to date. His previous international success came last year in the Andalucia Junior Open in Spain and this year has been runner-up in the Darwin Salver and the McEvoy Trophy was a member of the winning team in the Nations Cup.

Hinton meanwhile, posted a closing 67 to comfortably win the Welsh Open Strokeplay Championship at Prestatyn by seven shots. The 23-year-old, based at The Oxfordshire, was the only player to finish under par when he posted a 72-hole total of 281 - well clear of New Zealander Vaughan McCall and Scotland’s Sam Binning.

It is the third successive year that an English international has won the title, following in the footsteps of Eddie Pepperell and Darren Wright.

Luke Jackson (Misterton, Nottinghamshire), led after round one but a third round 70 sent Hinton into the final circuit sharing the lead with Jackson. But a run of three successive birdies from the 11th and another at 15 saw him home in 31, easily his best nine of the event.