The day Parry should have won the Green Jacket 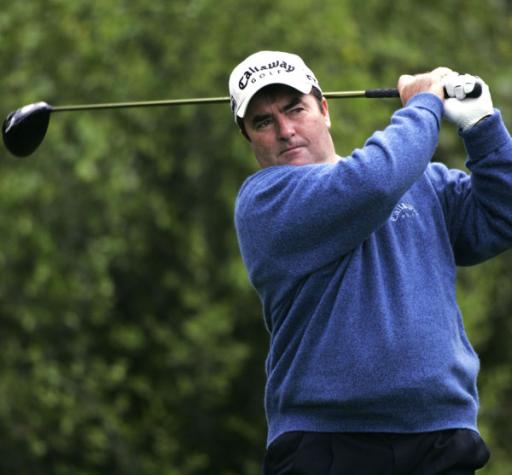 Craig Parry, the diminutive Australian they nicknamed 'Popeye' should have won the US Masters in 1992 - and not the ever-popular Freddie Couples. Parry was the victim of an outrageous campaign of abuse and intimidation that should have led to a number of 'patrons' being thrown off the course.

Having signed him up to contribute a diary of his week, I followed his every round - often in the company of his good friend Alan Border, the Aussie cricketer - and when he led the field in the final round it was soon clear whom the fans wanted to win - or more succinctly whom they didn't want to win.

Craig had secured an opening 69 in fading light, then a 66 in the second round – completed on Saturday morning after a lightning storm - put him on top of the leaderboard with playing partner and defending champion Ian Woosnam. He added another 69 the same day and held a one stroke lead over  Couples going into the final round.

He was in confident and determined mood when we chatted on Saturday evening about his chances of holding off his playing partner.

"It will be tough playing with Freddie tomorrow," he told me. "He’s a good friend and usually relaxing to play with but I know the crowd will be rooting for him. I’ve just got to play my own game and hope the crowd don’t get to me. I know they’ll be partisan."

Continued on next page...