Will your favourite moment make it into our definitive list? 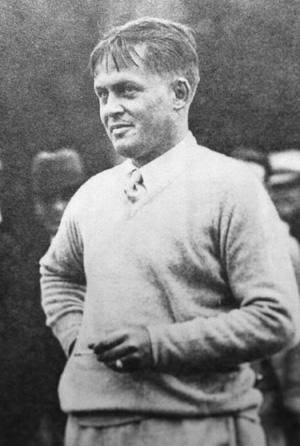 There's less than a week to go, so every day in the run-up to the 150th Anniversary Open Championships at St Andrews GOLFmagic will be running the rule over some of our favourite ever moments from the famous competition.

Bobby Jones is the most famous amateur golfer of all time. He made his living from working as an attorney and participated in golf competitions on a part-time basis.

He started well, winning his first children’s tournament at six and making it to the third round of the US Amateur Championship at just 14.

In 1930, Jones triumphed in the Open Championship at Royal Liverpool. But this is just half – well, a quarter – of the story.

The triumph was one part of Jones’ becoming the only golfer in history to win the Grand Slam (back then, the Slam consisted of the British and US Opens, and the British Amateur and US Amateur Championships).

No one has achieved this feat since, though Tiger Woods won four in a row over a two-year period (2001 US Open, Open and PGA Championship and 2002 Masters).