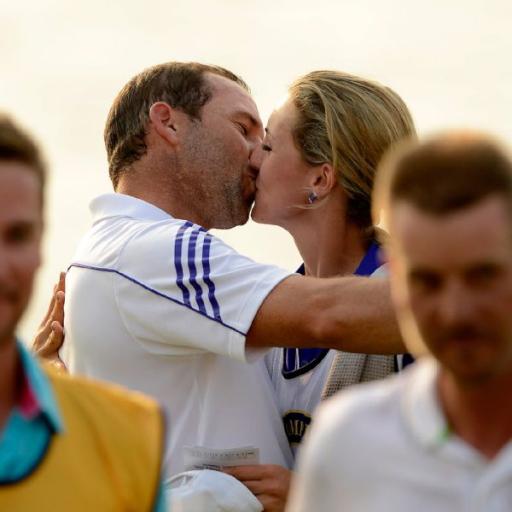 SERGIO GARCIA had his girlfriend Katharina Boehm on the bag when he won his last event at the Thailand Golf Championship at the end of 2013.

Although the pair haven't broken up and are still very much in love, Boehm decided to turn the bag back to the Spaniard's regular caddie Neil Wallace ahead of this week's Abu Dhabi Golf Championship.

Perhaps his new mistress will be going back on the bag shortly though, after Garcia - a player notoriously known for jumping between caddies having gone through seven bagmen in the last year and half - posted a miserable 4-over 76 to finish outside the top-100 on day one.

“I wanted to keep going but she fired me,” Garcia joked, via Sky Sports. “It was something she wanted to do since we started dating, and I thought that would be a good week, being the end of the year and maybe a little bit more relaxed.

“I think it turned out pretty good, but I think we’ll leave it. She has a good winning percentage at the moment.”