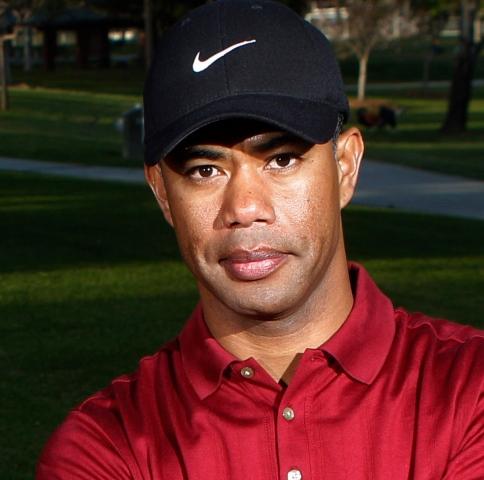 A TIGER WOODS impersonator has been arrested after allegedly threatening to send naked pictures of his ex-girlfriend to her bosses, according to an article published in the New York Post,

Canh Oxelson, 42, head of college counseling at the elite Horace Mann School, is a Tiger Woods-impersonating bully who threatened to use his powerful connections to ruin a Manhattan hospital nurse after she dumped him, sources told The Post.

Mr Oxelson is a Harvard grad who for more than a decade made a living off his uncanny resemblance to the 14-time major champion was arrested last week at his Upper West Side apartment after he allegedly threatened to send naked snaps of Minochy Delanois, 28, his girlfriend of six months, to her bosses at NYU Langone Medical Center.

At the height of his Woods-impersonating career, Oxelson even earned a nod as the subject of a Trivial Pursuit question.

“Who does Canh Oxelson charge as much as $3,000 to impersonate at corporate golf outings?” the board game added to its 2003 Genus edition.

But when Woods’ sex scandal broke in 2009, Oxelson saw his lookalike career take a nose dive. He lost bookings and a couple of promising commercial offers, headed East and in 2011 was hired by Horace Mann.