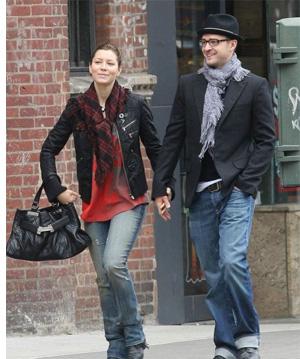 It’s no secret that many celebrities enjoy a spot of golf in their spare time, but a new generation of unlikely golf fans are hitting the links.

Hollywood superstar Justin Timberlake is so obsessed with the sport, he has had a course built at his Los Angeles mansion.

The singer-turned-actor has forked out for the five-hole track so he can practice any time he wants, reports Female First – a website I really shouldn’t be reading.

“Justin loves golf and is keen to improve his skills as much as he can. Now, he can sink a few balls whenever the mood takes him,” said a source close to the 29-year-old.

Not only that, the former ‘N Sync star converted one of the larger rooms in his house into a miniature golf hole so he can practice indoors.

“He uses bundled blankets to fill in for sand traps, and overturned couches and tables to serve as hazards. When you first see the room, it looks like a tornado has hit it, but then Justin explains that it is perfectly set up to improve his game,” explained the source.

It is also reported Timberlake’s girlfriend, actress Jessica Biel, has taken up the sport, but he refuses to play with her since she got too good for him.

Love does strange things to man, doesn't it?

The Like I Love You singer also hosts an annual charity PGA Tour event, the Justin Timberlake Shriners Hospitals for Children Open in Las Vegas.

Elsewhere in the industry, hip-hop mogul Jay-Z and wife Beyonce Knowles are having lessons to improve their prowess on the course. And they have an unlikely coach in British rap-artist Tinchy Stryder.

“I can’t believe it,” said Stryder. “Jay loves golf and now he’s finally got a bit of time to play so I’m going out there. I can’t wait.”

And troubled singer Amy Winehouse has reportedly started playing the sedate game to keep her away from the party scene.

“She played nine holes and loved it, she had a natural swing. Amy wants to learn how to play properly now,” said her spokesman.