Webb has all angles covered at Cog Hill 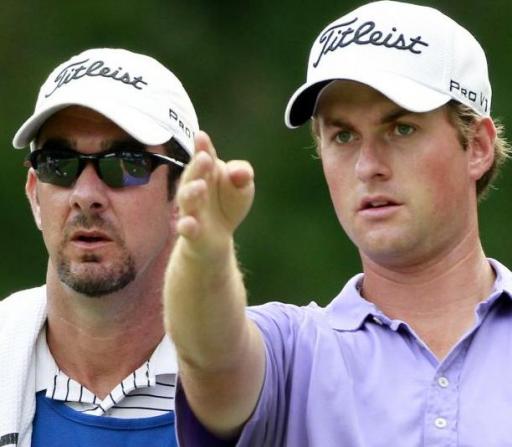 It goes by many names, although the most literal term itself sends shivers down our spines.

In fact, I couldn’t even bring myself to finish a crossword on the tube this morning as four down greeted me with: Euphemisms include hosel rocket or the dreaded lateral (5).

But while the s-word has become an all too familiar shot in my life, it was encouraging to see that FedExCup leader Webb Simpson was ‘shanking’ one - there you go I’ve said it - into the grandstands on the par-4 18th at the BMW Championship last night.

This season, the hottest player in America has hit a trio of shanks, one apiece with a 6, 7 and 8-iron – yet it’s not something that worries the in-form 26-year-old, especially since he had one three weeks ago en route to winning the Wyndham Championship.

“I probably shank one every other day on the range,” said Simpson, who continued his flawless play with an opening 6-under 65 at Cog Hill.

“I had a little trouble getting my hips through the ball today, so when that happens, the club kind of gets inside and the heel gets to the ball first, and it was just a cold shank to the right.

“But I laughed right after. I said, last time I shanked a ball I won the golf tournament. I regrouped and made a nice 12 footer for par.”

“I don’t get too panicked by it, though it’s a little embarrassing.”

Despite the red face, it’s all been about red numbers for the North Carolina native of late, having tallied up an incredible 52-under for his last 12 rounds on the PGA Tour.

And Simpson’s experienced caddie Paul Tesori believes his boss has the strongest mindset of any player he’s ever been with.

Or rattle, but the kid certainly does roll.